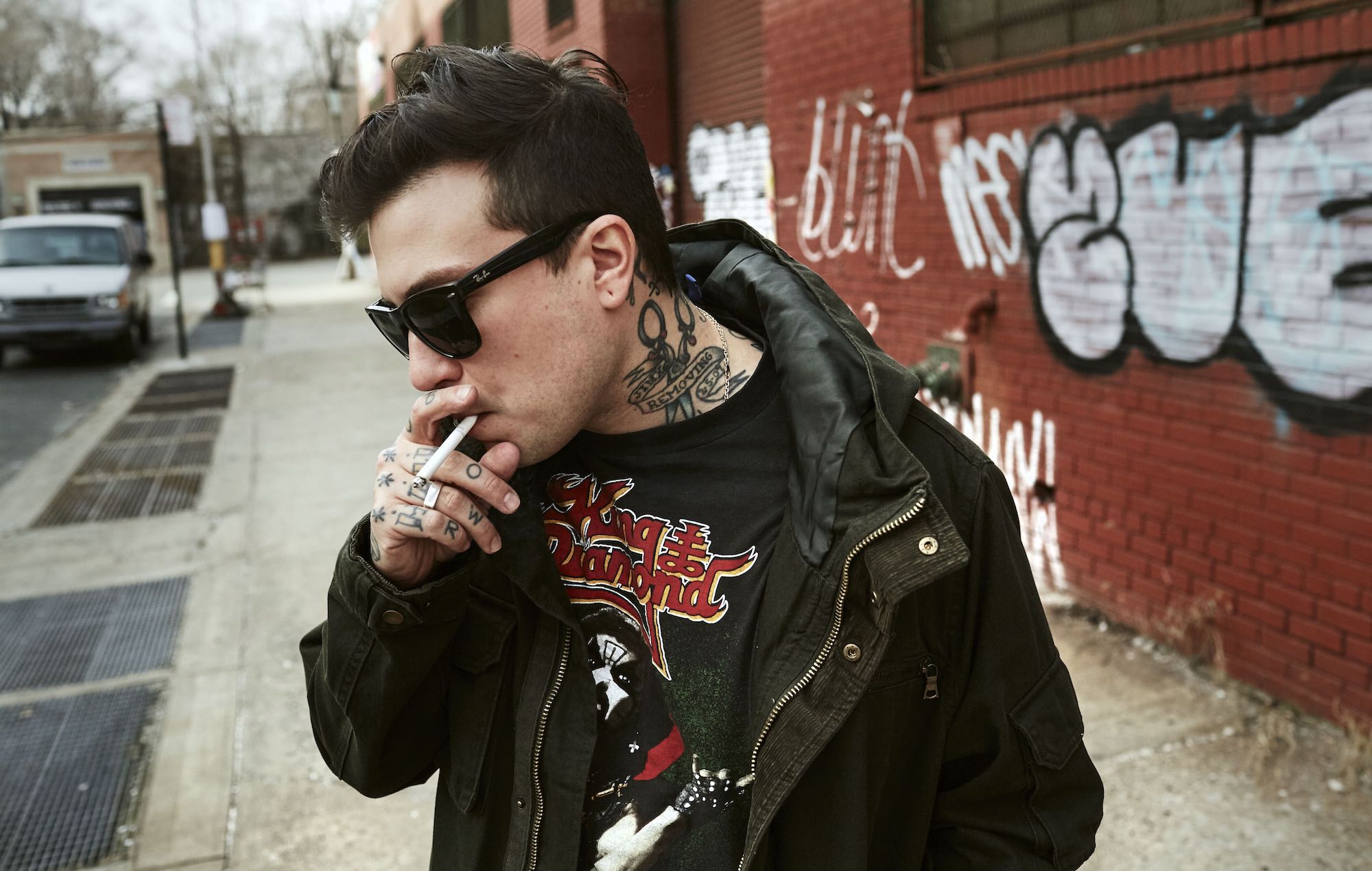 Frank Iero seems to really dig an era. The three albums he’s released under the moniker Frank Iero and the … each have a different sound, lineup, and band name. It’s hard to classify them as a unified discography because, for all intents and purposes, they aren’t.

It’s evident that Iero subscribes to the sentiment in his opening “Moto Pop” lyric: “We need a new sound to kill the old sound.” These records are unique pieces of work, each exploring a different avenue of musicality and the human psyche.

So now that we have three full albums to dissect, let’s do so. How do these records differ, and what journey do they take us on? 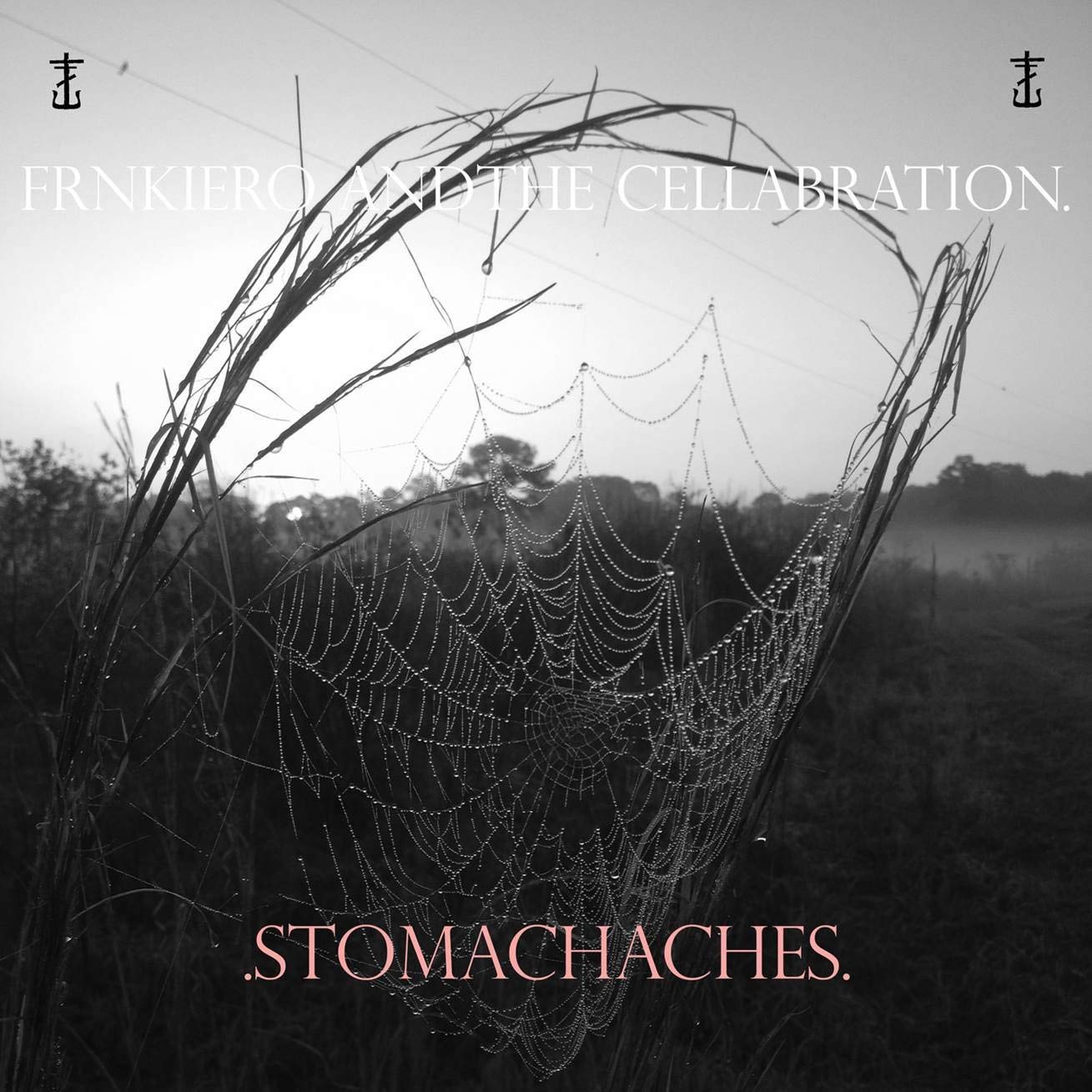 Stomachaches has a pretty distinct tone. It’s darker, with a heavy focus on the rhythm section, fuzzed out guitars, and a significant filter on the vocals. Iero’s guitar is more concerned with playing a series of individual notes rather than chords. Or at least, that’s what stands out.

This record is, to borrow a phrase from the more recent “Young and Doomed,” classically sad. Even with the songs that are more upbeat in melody or energy, the lyrics are a complete downer. Love songs like “She’s the Prettiest Girl at the Party, and She Can Prove It With a Solid Right Hook” are more somber than anything else.

Basically, this album has imposter syndrome; it questions its own worth at every turn. It’s defeatist, filled with self-loathing (“I hate the sound of my voice when it shakes,” “I hate my weaknesses, they made me who I am,” etc.) and is overtly depressed. Stomachaches sounds like curling up in bed and weeping softly into your pillow. Or ugly sobbing, depending on the song. When you sing along, the lyrics get caught in your throat.

But even with this raw emotion, Iero only lets us in a little bit. Though it’s vulnerable, it is the least intimate of the three records. 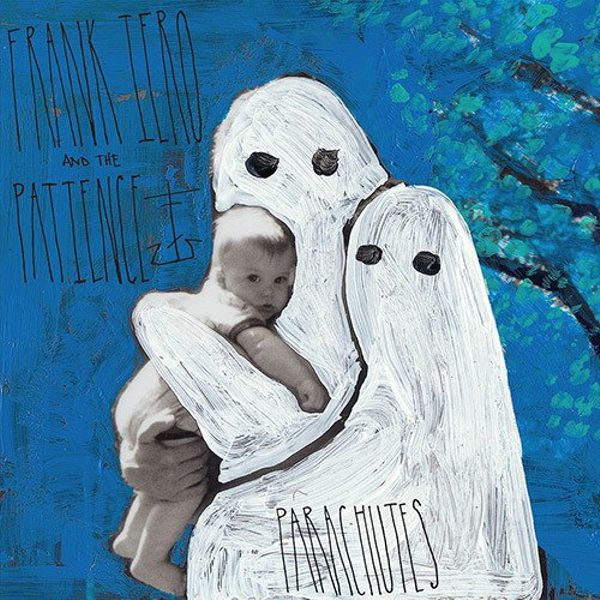 While Stomachaches felt like mourning, Parachutes is straight grief. It’s the end of that “Young and Doomed” lyric – it’s inclined to get mad. The feelings are shaper and more active. This is not a dull pain that you’ve grown accustomed to. It’s here, it’s present, and it hurts like hell.

Parachutes is the kind of record that will grab you by your throat, pull you in close, wind up for a punch, then tell you about its feelings. These are sometimes feelings about its family, as evidenced by the album art and the mere existence of the song “9-6-15.”

The record is also much more confident. (“Finally proud to live inside my own skin.”) While the last album said, “Oh no. Am I fucked up? Shit, I think I may be fucked up,” this one plants its feet and yes, “Yep. I’m fucked up, and I’m good with it. Anyone else?” Instead of blaming itself like Stomachaches does, it points the finger at literally everything else in the room.

This confidence exists musically as well as lyrically and tonally. Iero isn’t filtering his voice anymore. He’s coming into his vocal style, screaming more than he did on Stomachaches, and singing with more authority.

The sound of Parachutes is more full and powerful than the last album. You need to move when listening to this record. Instead of crying into your pillow, you’re throwing it at your wall. You’re moshing and jumping alone in your room, and it feels good to get it out. 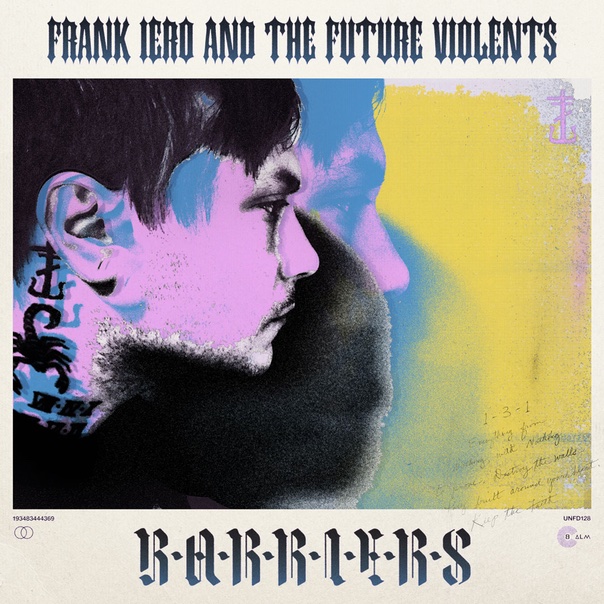 Barriers is a moment of crisis. It’s mental and emotional turmoil incarnate. The world has spun off its axis, and this is an attempt to stabilize, while also feeling completely disoriented. But because it starts with hope (and some organ sounds that take me right back to church), it also feels like a resurrection. But then the reanimated corpse has no idea what the hell to do with itself.

To me, Barriers is about moving on from trauma, both hesitantly and defiantly. There’s a kind of sass and wit that comes out in this album – a sense of resentment. Like, “Yes, I’m alive (I think), and fuck you for it all.”

There is something in the pit of my stomach when I listen to this record. I feel physical pain in some moments. I relate to the sentiments on the other albums, but that’s a different feeling. This one straight-up tells you that you do not know how it feels to go through what it’s expressing.

And even though it pushes you away, letting you know your empathy is almost invalid, this is the most intimate Iero gets with us. The first two records told you they had feelings, while Barriers shows you exactly what those feelings are. Here, Iero rips his heart out and shows it to you. And we’re all shocked to see just how many scars and tears are in it. The devastation of isolation has never been so potent. Barriers is emotional with reckless abandon.

It’s also the first time Iero does a lot of things. He’s overtly political in “Police Police.” He tells us, “I don’t wanna die,” instead of the opposite. Instead of mourning some outside force, or a past band, or a relationship of any kind, he hesitantly mourns himself. He embodies all our fears of oblivion and tells us we know nothing of them.

As I alluded, the Future Violents experiment with sound here. It’s upbeat, full, and dynamic most of the time. The addition of Goldsworthy’s backing vocals, in particular, add depth to Barriers. But the only thing that carries through every song in a sense of dread. It’s ominous as hell. And even so, the music sounds almost ironically celebratory at times.

The Connecting Thread
Through it all, Iero has no qualms about being completely authentic and transparent with his audience. That’s the one thing that carries through all of these records. They’re raw, and they’ll make you feel a lot. Several times while I was reviewing the records to write this piece, I stopped and cried.

There is a lot to relate to here. Even if you don’t know how it feels, you’ll respect the honesty and vulnerability Iero brings to every single one of his projects. And maybe, just maybe, you’ll start to understand and cope with your own stomachaches, ghosts, and barriers.

Nicole writes about music, comic books, mental health, and other great stuff she cares too much about. She names her pets after Harry Potter characters and refers to her black cat as her "familiar." Don't even get her started on how much she loves Disney World, unless you want to acquire a lot of useless Haunted Mansion trivia.