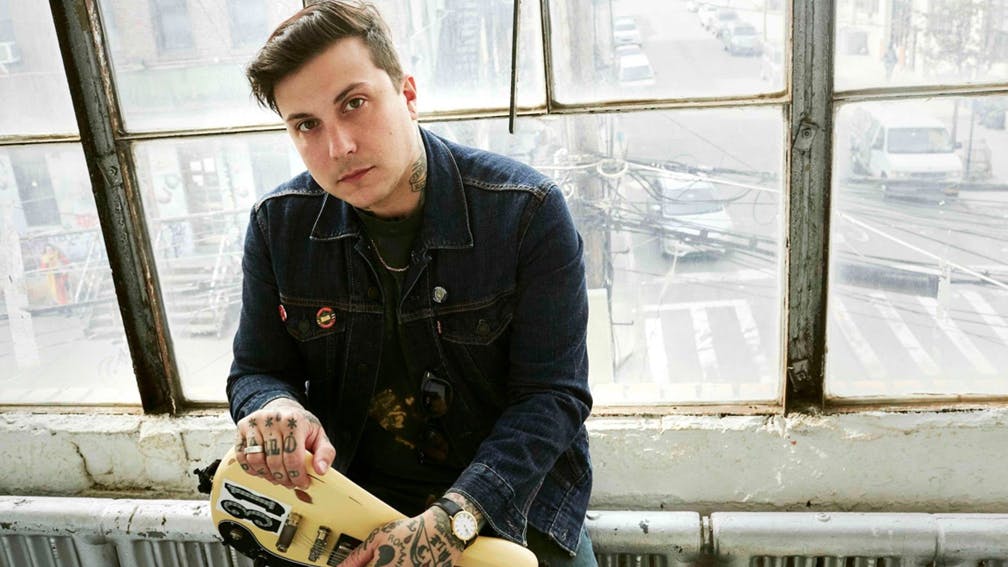 A couple of days ago, Frank Iero gave me a vicious case of whiplash and some incredible memories. When you’re looking at a show through the eyes of a longtime fan seeing a music idol for the first time, your recollection is sorted into two categories: the highlights, and the blurry “sjsdjfskdjfskdfjskdjfsd” part. The latter is usually the much longer one. After all, you’re overwhelmed, you’re soaking in the music, and to be fair, you’re probably dehydrated. When I sat down to write about my experience though, there was still a lot left to unpack.

After half a decade, it’s clear that the world has not moved on, even if the band themselves have. At every show Iero plays, there are going to be kids in their My Chem shirts who still see him now as an evolution of Frank Iero the Rhythm Guitarist From MCR – and in a way, he is. But he is also an evolution from Frank Iero the Frontman of The Cellabration, and of The Patience, and Deathspells, and Bloodnuns, and Leathermouth, and Pencey Prep, and so on. Iero has taken on a number of monikers besides his own name over the years, each one coming with a new visual and sonic persona. Even the most nostalgic of MCR fans know that he’s crafted different niches in the last several years. And at the Mercury Ballroom, I saw onstage what could only be described as his most comfortable one.

It’s a presumption, sure. But that’s certainly what it looked like: Iero is raw and defiant but simultaneously seems at peace. With each record, each tour, each reincarnation, Iero’s creative output grows more diverse and ambitious. It’s reached a point where it’s difficult to narrow down exactly what genre Barriers is, or what Frank himself is. In concert, of course, the clean but explosive guitar work on behalf of Iero and Evan Nestor hits you only like punk rock can. Kayleigh Goldsworthy, however, also spent a great deal of time on the keyboard and violin. And there were times where the calculated din of the instruments slowed down, backed off, and the audience was left with somber guitar fingerpicking more at home in indie.

It was in those moments, where the feedback softly faded in and out and Frank Iero bowed his head at the ground, that his evolution felt complete. No doubt he will return in a couple of years with a completely new sound and look. No doubt he will keep reinventing himself, keep rebirthing his musical prerogative. The energy in the ballroom that night still felt a little sacred nonetheless.

On stage, Frank Iero doesn’t have to say a word to prove he’s not just the byproduct of a former band. He makes it seem effortless, rather – the commanding of the territory he carved out in music. In a vacuum void of his past work, the Future Violents would still stand out loud and clear. And how could they not? That’s what I was thinking at least when a friend of mine pulled me up to the barricade during “24K Lush.” It’s easy to be swept away when the bass is throbbing in your throat, and you’re that close to someone you look up to. But after seeing them live, this is how I believe they should be heard: the gain turned up as loud as the emotions.

Oh, and James Dewees played us a pretty cool song about chicken.