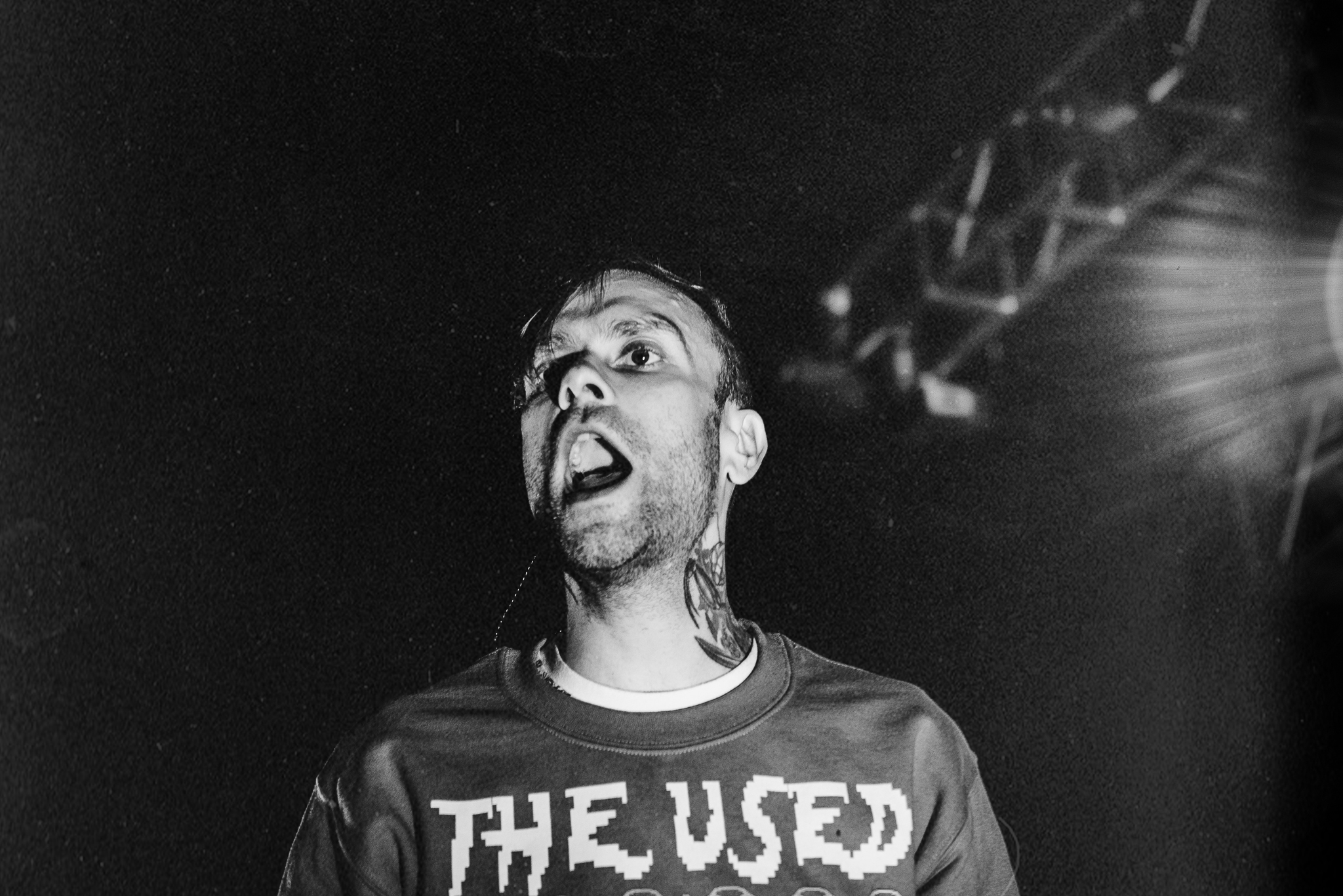 It truly was a long time coming – the UK has been awaiting the return of The Used. After a planned run of dates near the start of 2018, tragedy struck, and they were forced to reschedule the dates. Finally, the band were able to return, and after an exciting weekend at Reading & Leeds and unforgettable performances in Bristol, Nottingham and Manchester, it was time for The Used to close their tour in the capital of London – saving the best for last.

The atmosphere was alive and jumping straight from the moment the lights went down. Special mention must go to frontman Bert McCracken’s traditional recital of classic works of Shakespeare to the audience. It seemed a sophisticated move – too sophisticated for a punk rock show at first glance – but it fit in perfectly with the tone of the gig. Watching everyone run around and mosh as McCracken perfectly recited the words of the famous playwright shows you exactly what was to come for the night. It was a welcome difference to your usual song-after-song-after-song show; it broke up the stream and gave the band time to connect with their fans in the vast crowd before them, even if briefly.

Experiencing a show in a mosh pit for the first time, it was beautiful to see how the fans interacted with the band and each other. During different tunes, McCracken traded hand gestures with the crowd. From open palms in the air, to closed fists, to straight-up middle fingers (a notable tradition when performing the show’s opening track “Take It Away”), everyone responded in one way or another. It is part of the humour – after pointing out his mother attending the show, McCracken directed a middle finger at her (in jest, of course) whilst exclaiming “fuck you, mom,” inciting a mix of cheers, laughs, and copycat gestures. This was the only time flipping off someone’s mother was acceptable, and it may never happen again. Perhaps. We will see when The Used return.

Bert McCracken was the star of the night, as he truly did show off his talent and his heart. From talking openly about losing loved ones and overcoming addiction, to getting the entire venue to sing happy birthday to one of his closest friends on the tour, to getting everyone to put their arms around each other and hold them tight – an instruction I followed happily with my best friend – there was not a single heart that wasn’t both beating and breaking from this man’s words. McCracken being an open book creates a bond between himself, the band, and every single soul in that venue.

An example of McCracken’s bond with the audience happened during one of the final songs of the night. A die-hard fan managed to find his way onstage to hype up the crowd and wowed the whole audience with a surprise split, with the support of the frontman himself. It was a moment to never forget – for us watching and for the lucky fan who managed to steal the show for a split moment.

In terms of their setlist, The Used stuck to their classics and as they had throughout the tour, shying away from performing any tracks from their latest release, The Canyon. There had been backlash against the American foursome for refusing to play their more recent hits, to which they claim most of the emotion behind the work is still too raw; alas, this did not hinder the show in any way. All fans come together for the same selection of tracks, of such they have become familiar with either growing up with them or learning them in more recent times such as me. As every gig attendee can admit, there are always songs you wish the act had performed – no matter how great or small the chances are – but overall, it is certain you will leave completely satisfied with what you heard that night. As I am sure everyone did, despite a lack of choice from The Canyon.

To sum it all up, it is evident that The Used love the United Kingdom – and especially so that The Used love London. As Bert McCracken said that night: we are not just fans, we are a family. And family always help each other out.

Even when you fall onto your butt in the mosh pit.