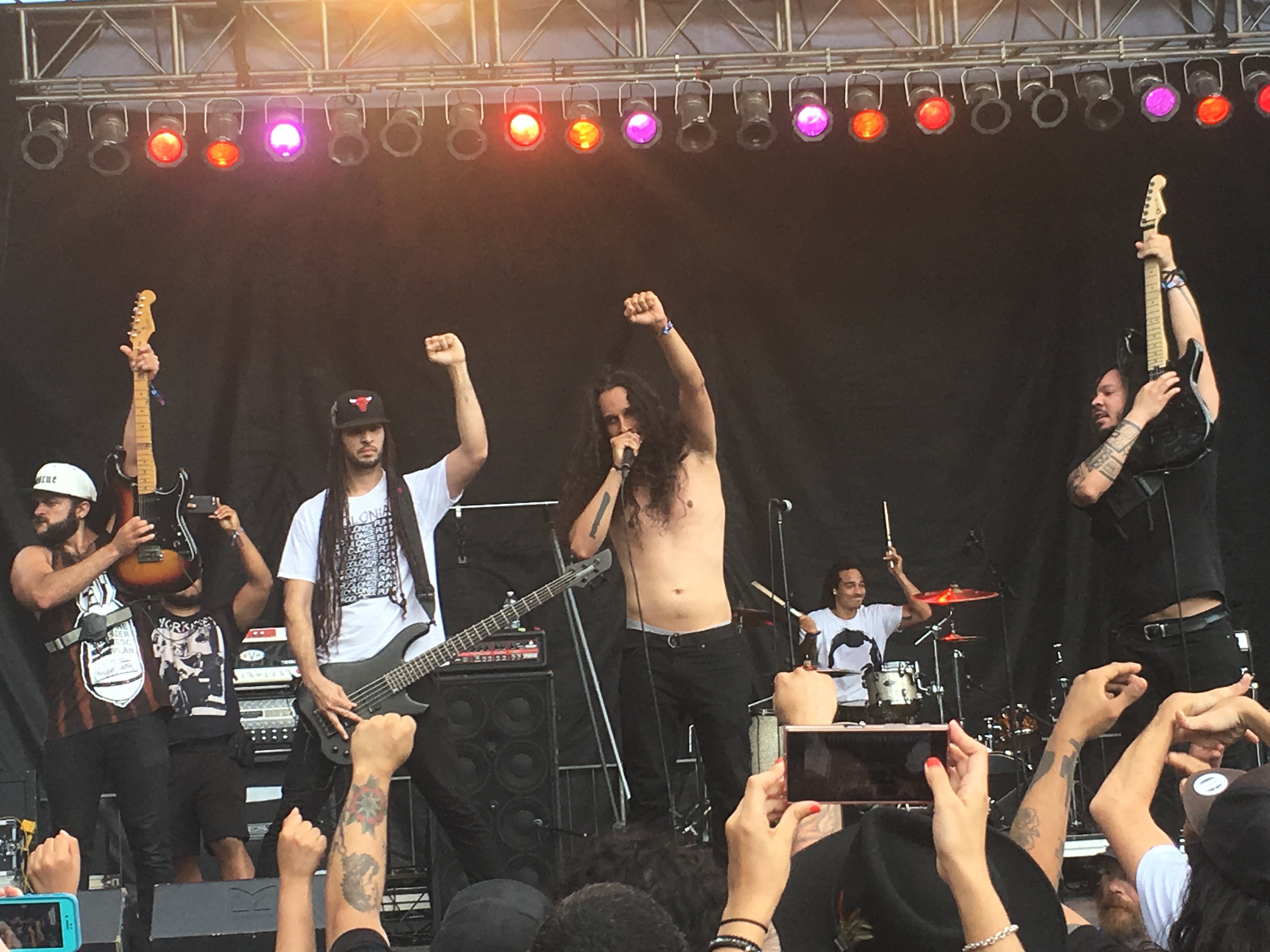 Having successfully secured some Riot Fest tickets to review some bands, I was expecting to be covering the big names and headliners that were hitting the festival – Danzig, Taking Back Sunday, Jawbreaker, etc. I most definitely wasn’t expecting to be reviewing a local hardcore band from Chicago who sing the majority of their songs in Spanish, but that’s exactly what I am going to do. Because they deserve it.

La Armada aren’t a new band, although I did think that initially until I looked them up. They’ve actually been around since 2000 in one form or another and originally hailed from the Dominican Republic before finding their home in Chicago in 2007. Since then, they’ve become pretty popular in the city’s local punk and hardcore scene, which was obvious by the number of kids in La Armada shirts opening up a pit to kill each other at two in the afternoon.

I saw them by accident, having gone to the slightly quieter and smaller Heathers Owen Stage because the beer lines weren’t as long there. I heard one song with my back to them, then once I’d got my beer, I turned around, walked over, and stayed for the rest of the set.

The amount of energy, passion, and enthusiasm these guys put into their on-stage performance literally demands attention, and there’s a level of theatricality to it which is sometimes hard to find these days. They leap around the stage, and at the end of each song, punch their arms into the air, holding a dramatic pose whilst the crowd goes crazy.

I have one bone of contention, however, which is three of the songs opened up in virtually exactly the same way – with a spoken word intro over the top of some slowly building, meandering music before launching into the classic hardcore verse. It worked once, maybe even twice, but three was pushing it a bit for me. That is my only criticism though, and I wouldn’t have taken the time to write this review if they hadn’t have impressed the hell out of me.

Their music is hardcore, with a touch of metal mixed with…something else. There’s definitely some kind of Latin influence going on here which brings an interesting touch to their sound. It’s heavy shit, but the singer totally has the voice for it, with his throaty, determined shouts and staged aggression. Their music comes with a message too; a lot of the songs have a political or social theme behind them, which the lead singer introduces beforehand, speaking to the crowd with confidence and ease but without arrogance. They seemed pleased to be there too, thanking everyone for coming, saying how great it is to be playing on their home turf at Riot Fest.

A lot of their songs are sung in Spanish, but that shouldn’t stop anyone who doesn’t speak Spanish from checking them out. Hardcore is hardcore, and a lot of the time the words are so shouted and distorted you can barely tell what they’re saying even in English!

These guys have drive and passion by the bucketload. Their sound is uniquely exciting, and they have what it takes to make an impact on the wider hardcore scene outside of Chicago and the States.