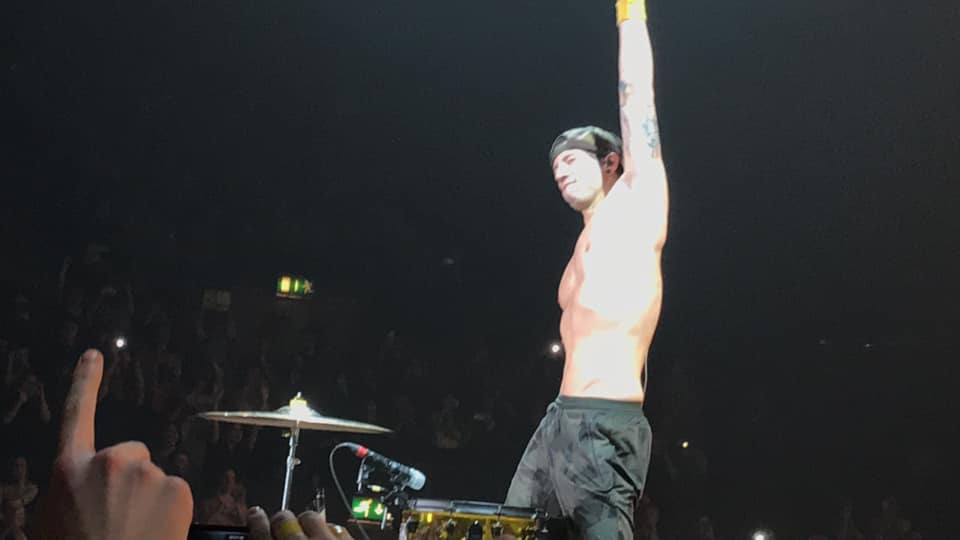 There is no band in the world right now like the undefinable duo that is Twenty One Pilots. After a year away from press and social media, they came back with brand new music and the announcement of atour in the summer of 2018. After success in America and throughout Europe, it was time for them to arrive in London for a string of three sold-out nights at the SSE Arena. 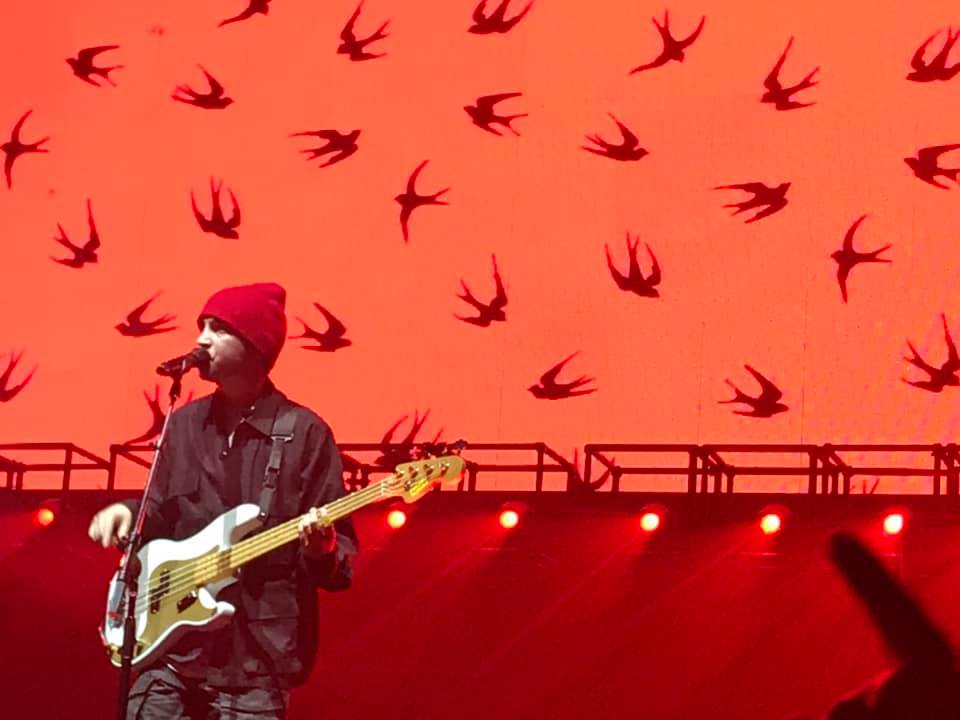 Being in the venue during a Twenty One Pilots show is just as much about the visuals as it is about the music they’re performing. The opening of the show plays along with the current theme for their latest album Trench: drummer Josh Dun walking out with a torch and ‘greeting’ the audience, before setting a car alight on the stage, on top of which is balaclava-clad frontman Tyler Joseph.

There is more of an electric energy when the band performs tracks from Trench compared to playing songs from their previous releases such as Blurryface and Vessel. However, throughout this show, when Joseph and Dun perform older hits, they’re still granted power. This is found when performing Blurryface single “Lane Boy,” during which Joseph instructs people to crouch down, and once the beat drops, the crowd becomes a fun and vicious mosh pit. This energy matches that of when the band performs new crowd-pleaser “Pet Cheetah,” where Joseph orders everyone to “get your feet off the floor” and resulting in a screaming, singing mess of joy and adrenaline.

On the subject, the crowd participation is of great importance to the band and something they hold dear. Never does a song pass by without even the slightest interaction between Joseph and the audience before him. Whether it’s crouching down and reaching out, or looking upon the thousands of faces in stunned silence, or even climbing into the pit with such undying trust of his fans to keep him steady while he begins fan favourite track “Holding On To You.” There is a difference with crowd participation at a Twenty One Pilots show compared to shows by other bands in similar genres. 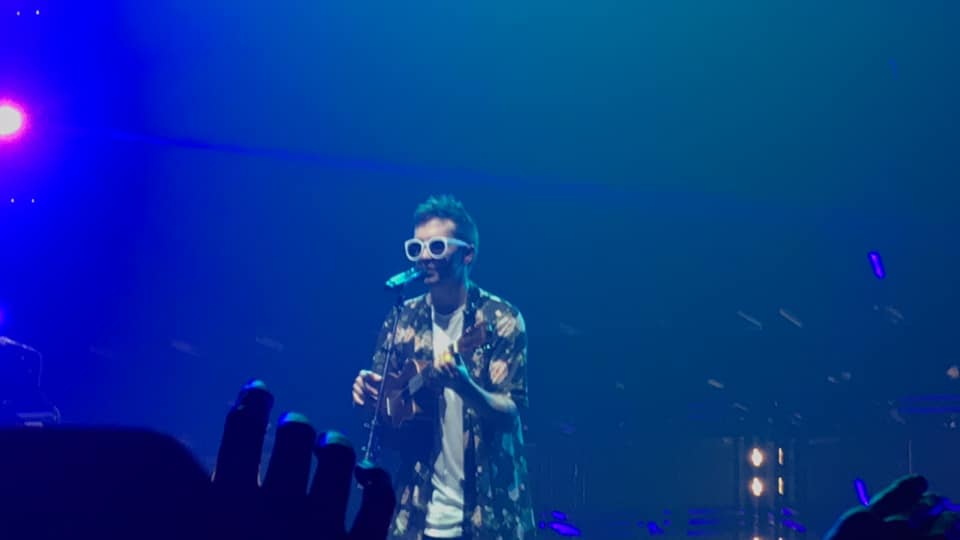 They are not committed to keeping their feet on the stage – and that’s when both Joseph and Dun make their way to the B stage. Joseph crosses the bridge above the pit during Trench hit “Nico and the Niners.” With his own commentary, he explains how Dun would be getting to the stage in the ‘normal’ way by walking around the pit. Gentle banter: a staple between the two band members.

The B stage became known as where the loud and bouncy numbers would be halted momentarily and switched out for more emotional tunes. Joseph would take to his piano to recite his ode to those who lost their battles with themselves, “Neon Gravestones,” and moving everyone to silence and in many cases tears. This is smoothly followed by “Bandito,” which takes the tempo back up near its end but still pulls on heartstrings as the thousands of fans – nearly every single voice in the venue – begin singing the key phrase back to the band: “Sahlo folina” – a phrase with such a deep meaning to the band and the fandom, it bonds everyone in the arena. There are no separations from the famous and the fandom; everyone is there just to sing and have a good time.

The tour’s regular segment, the Quiet Game, is always highly anticipated. Scoring a low time of 2.84, Joseph declares this first night of three to “set the bar” and aims for this score to be broken in the nights to come.

The show ends spectacularly with a regular Pilots closer: Vessel classic “Trees” with both Joseph and Dun in the crowd, banging on drums opposite each other, cheering at fans holding them and their percussion in place. It is a beautiful ending to the night for a fan, either new or old, and no one left that place dry-eyed. Or dry altogether; the moshing got everyone sweating.

One night was down. Two more to go.