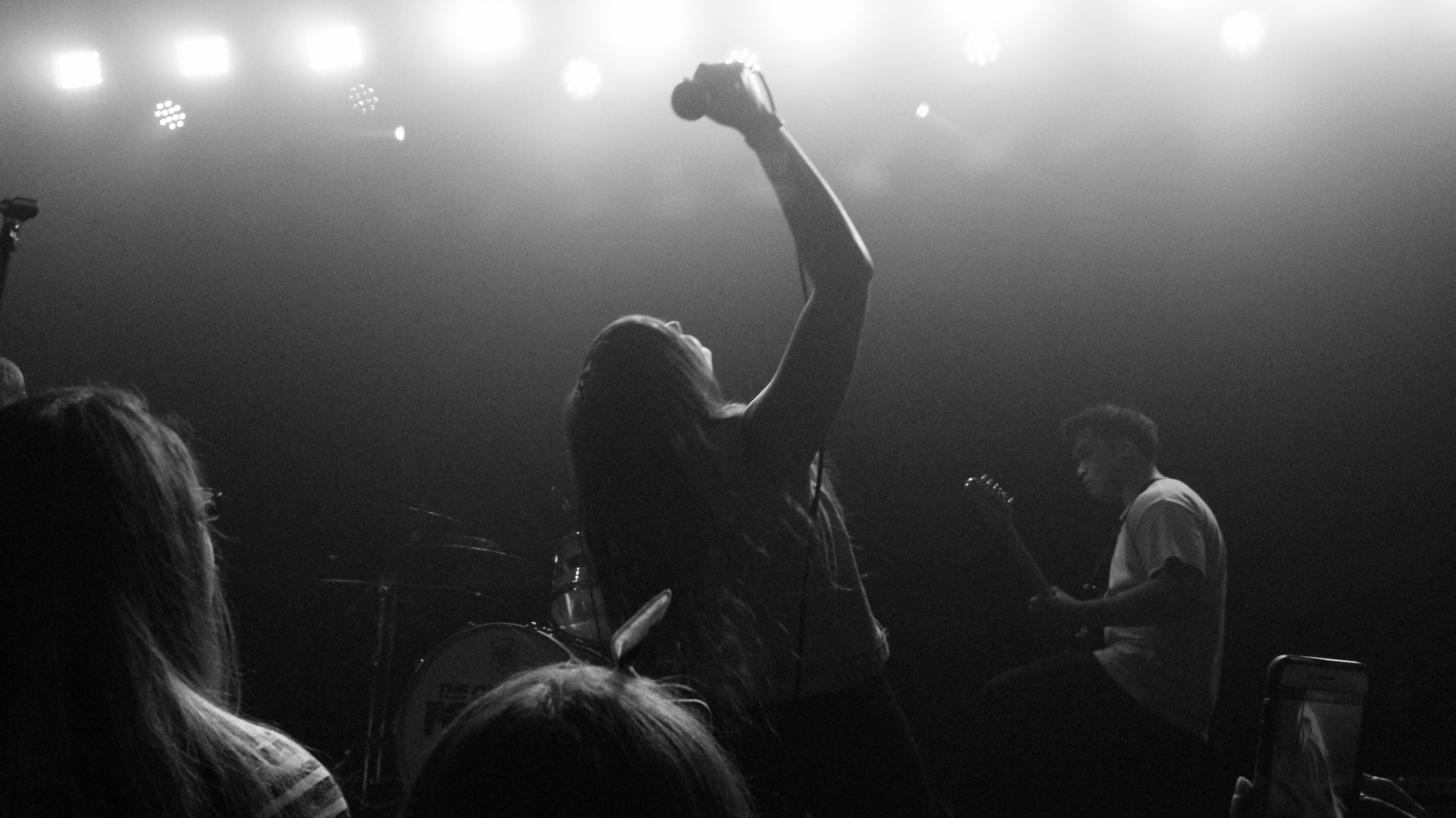 The Ones You Forgot
Too Afraid To Say EP Release Show
July 7, 2018
House of Independents
Asbury Park, NJ

It was a hot summer day in Asbury Park; however, the hottest attractions of all weren’t out by the beach but instead lining up to take the stage at House of Independents right around the corner on Cookman Avenue. A small yet loyal audience was there in attendance for local band The Ones You Forgot’s EP release show. The Brick, NJ pop-punk band released their latest album Too Afraid to Say the previous week to much enthusiasm and acclaim. Before they took the stage, they were preceded by four opening acts, all of which were diverse yet managed to maintain the necessary level of excitement and energy. First up was Drive, Kid who led with a brisk yet high-energy set and managed to put on an engaging performance despite only being on for 20 minutes. The group’s style is that of old-school pop-punk mixed with some alternative, establishing an appealing sound that’s fun, catchy, and was more than effective in getting the crowd going. 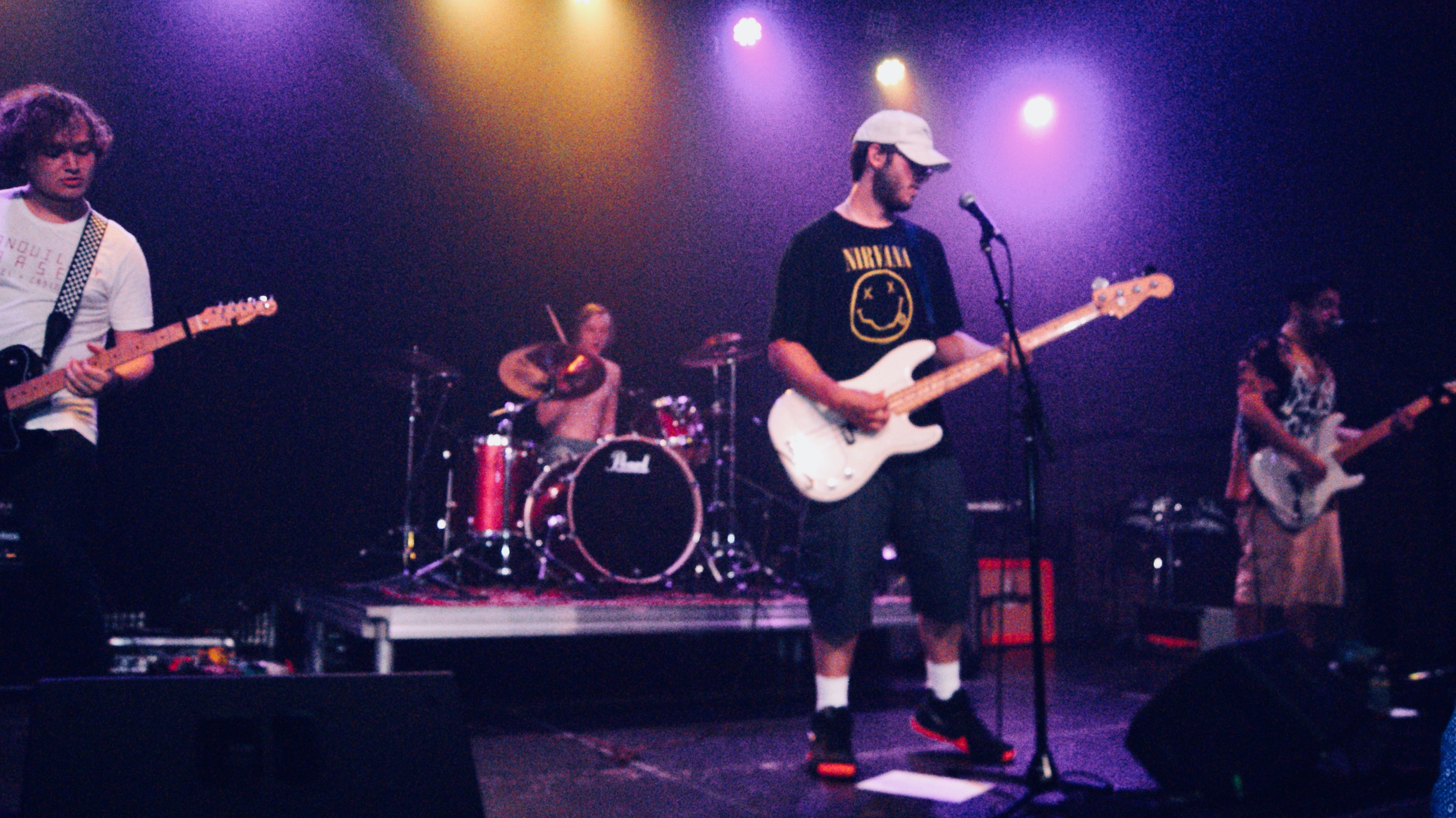 The second act was Baron Praxis, a psychedelic grunge group hailing from Toms River, NJ. The band took cues from groups such as Sublime, Led Zeppelin, and King Gizzard and The Lizard Wizard – packed heavy guitar moments with some chill psychedelic atmosphere. The contrast of harder edge numbers with their more ambient material allowed Praxis to be a well-balanced act, one that brought a level of intensity while still drawing the audience in with their lush soundscapes.  Throughout their set, Praxis were in tight form and seamlessly transitioned between heavier and softer songs while carrying a distinct stage presence. Their inclusion in the line-up allowed for a dynamic presentation and a visceral yet vibrant touch that was more than welcome. 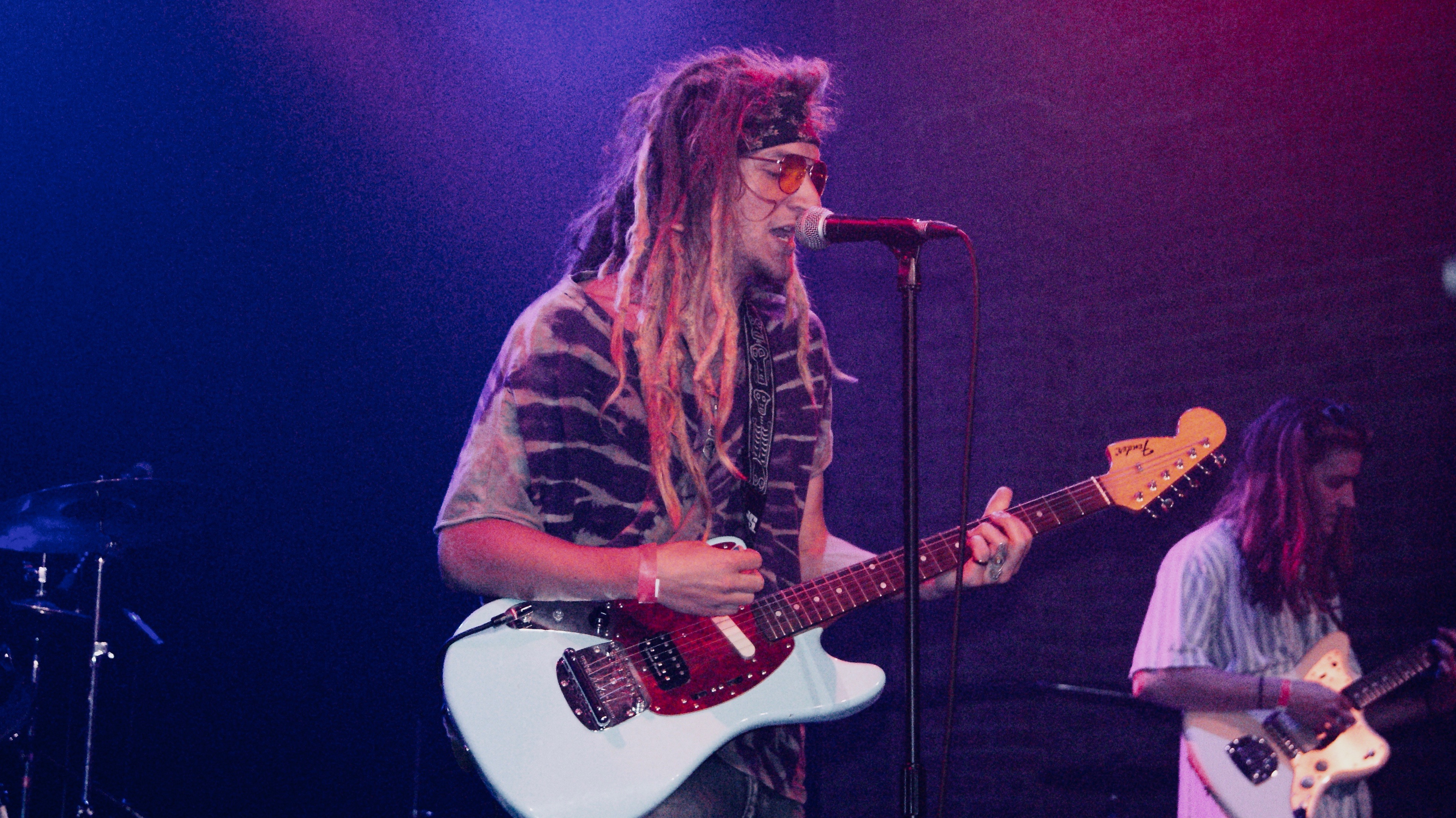 Third on the list were The Fluke,  a band including three brothers from Manasquan, New Jersey. Right away, they made a visual impression when 14-year old Mike Trilli decked out in American pants introduced the group while tearing into his bass with ease. Lead singer Kyle Missry emerged on stage running and jumping while hyping the crowd up with their funk meets Red Hot Chili Peppers style. In terms of physicality, The Flukes stayed consistent their entire set and showcased a strong unity together with lead guitarist Anthony Trilli offering variety with his performance and drummer Mike Trilli rounding out the songs nicely. In terms of overall performance, The Flukes put out a strong offering and provided an effective showcase for their fresh sound. 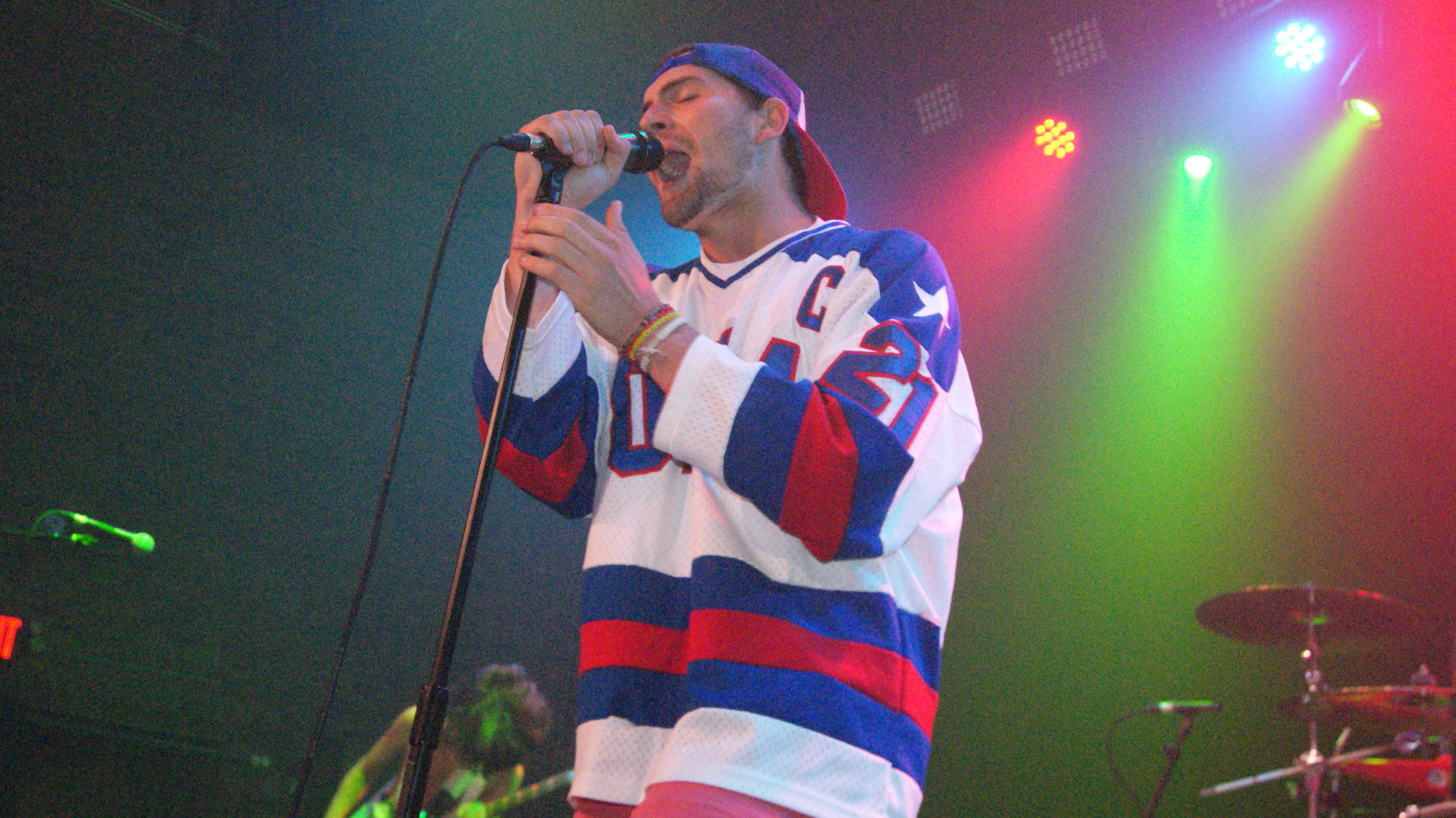 The fourth and final opener, Poeta, were truly an experience to watch and a genuine highlight of the night. The band hailing from Brick dominated the stage with a raw and massive sound but still managed to inject intimacy into their set perfectly.  The level of emotion and intensity Poeta delivered remained enormously high for each song, and lead singer Kevin Torres expressed his sincerity and passion for music in-between, a nice touch that helped establish audience connection.  Musically, Poeta drew from early 2000’s rock with a touch of alternative resulting in a balanced and compelling performance. On the whole, the band proved themselves to be a more than worthy opener and satisfyingly raised the energy level of the show and delivered a strong presence for themselves in the process. 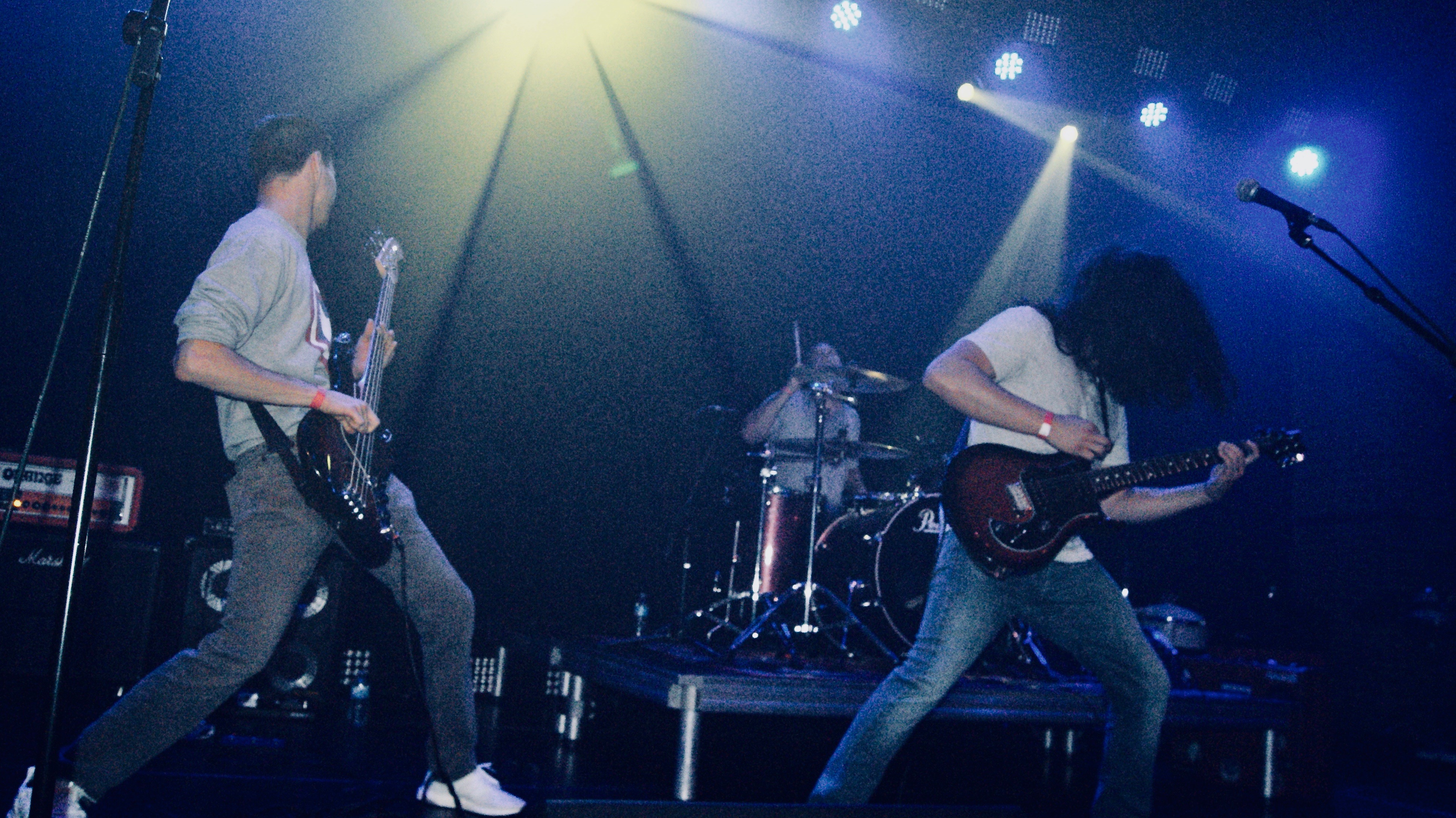 Last but most certainly not least, The Ones Your Forgot took to the stage amid rapturous anticipation.  From their opening number to their last, the group were firing on all cylinders with each band member in strong form and lead singer Jenna Bruno in captivating command of her audience. Between songs, Bruno took time to thank her fans and express the meaning of their new EP, giving the set an emotional resonance. The band’s new songs transitioned effectively live and were mixed in well with their older selections too. At one point, they performed a stripped-down acoustic number that was just compelling as any of their bigger numbers. Despite it being a fast-paced set, The Ones You Forgot were more than able to connect with an exciting and heartfelt performance that represented their sound and group dynamic beautifully. 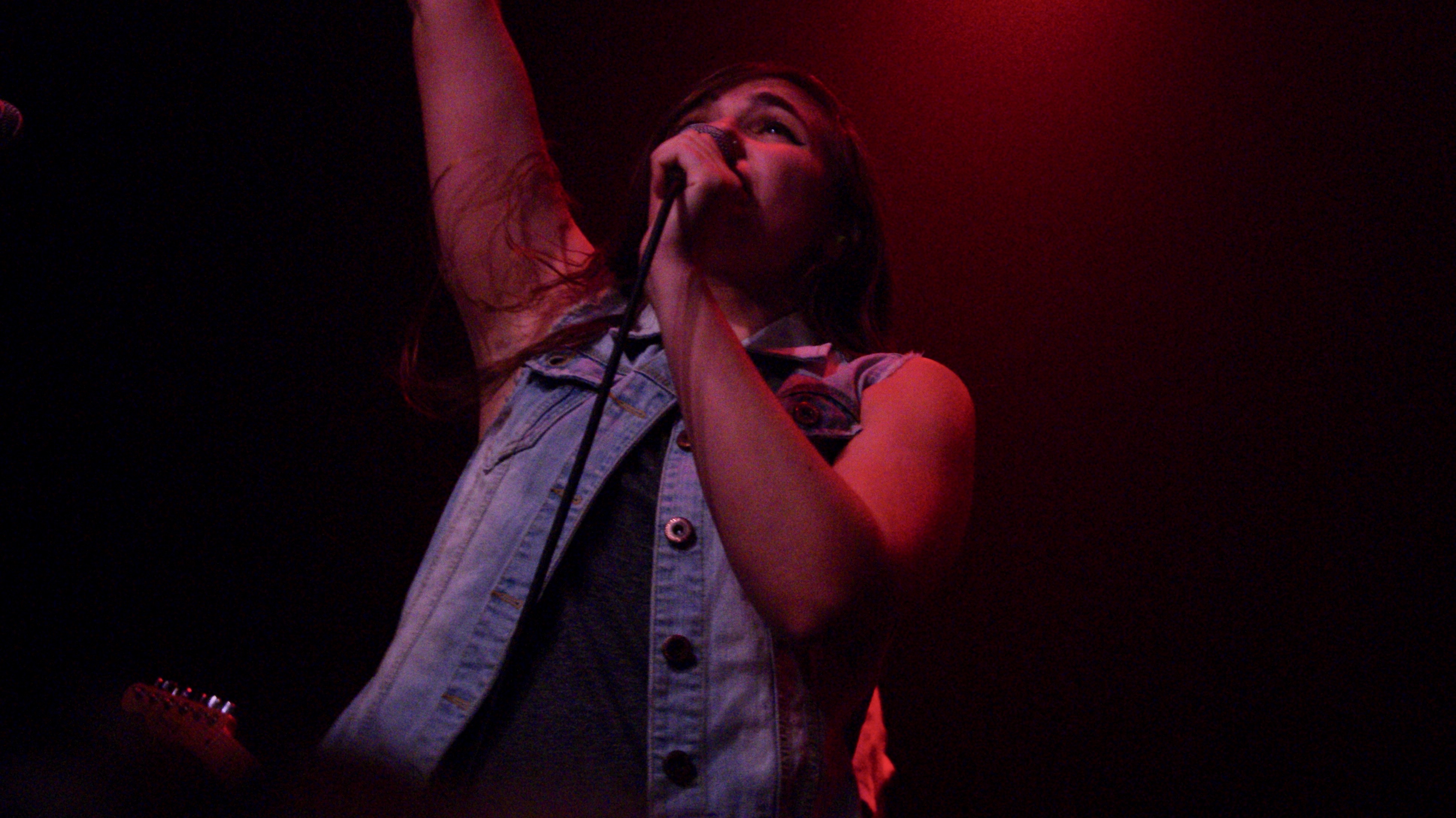 Their latest EP is full of exhilarating yet emotional material with a confidence and maturity of sound that’s all too rare these days. The subject matter of the EP explores growing up, facing loss and overcoming one’s fears, such universal themes allow the album to connect with listeners and gives their music an undeniable impact. Single “Here Forever” is a soaring anthem that takes time to examine loss and grief, while opener “One Step Ahead” is a high-energy number full of energetic guitars and strong hooks. The entire EP has a polished sound that’s sophisticated but yet still manages to feel organic. Standout “Luna,” an acoustic number, is one of their simplest songs yet ends up being one of their most satisfying.

One of the greatest strengths this EP has is how well-rounded each song is in terms of presentation, songwriting, and sound. The band are just as adept at louder more punk material as demonstrated by “Everywhere, Everything” as they are with their slower material. Another aspect of the album is that despite the mature themes on display, the band still manage to create music that’s fun, catchy and readily appealing. By the time we reach the closing track “Too Afraid To Say,” the EP’s themes have come together in a grandly emotional manner and with a true sense of cohesion. On the whole, Too Afraid To Say serves as a strong showcase for the band’s personal yet upbeat sound.

What truly made this show special was the soul driving The Ones You Forgot’s music. Here is a band whose music celebrates triumphing over every day struggles and realizing it’s ok to not always be ok – something we can all relate to.  That night, everybody shared in that experience and thanks to them and the four bands that opened, it was done in a truly exhilarating fashion. While their latest EP is entitled Too Afraid to Say, I’m not afraid to say that The Ones You Forgot are an act you won’t have any trouble remembering. Too Afraid To Say is available on Spotify and other streaming platforms and is available for purchase as well!