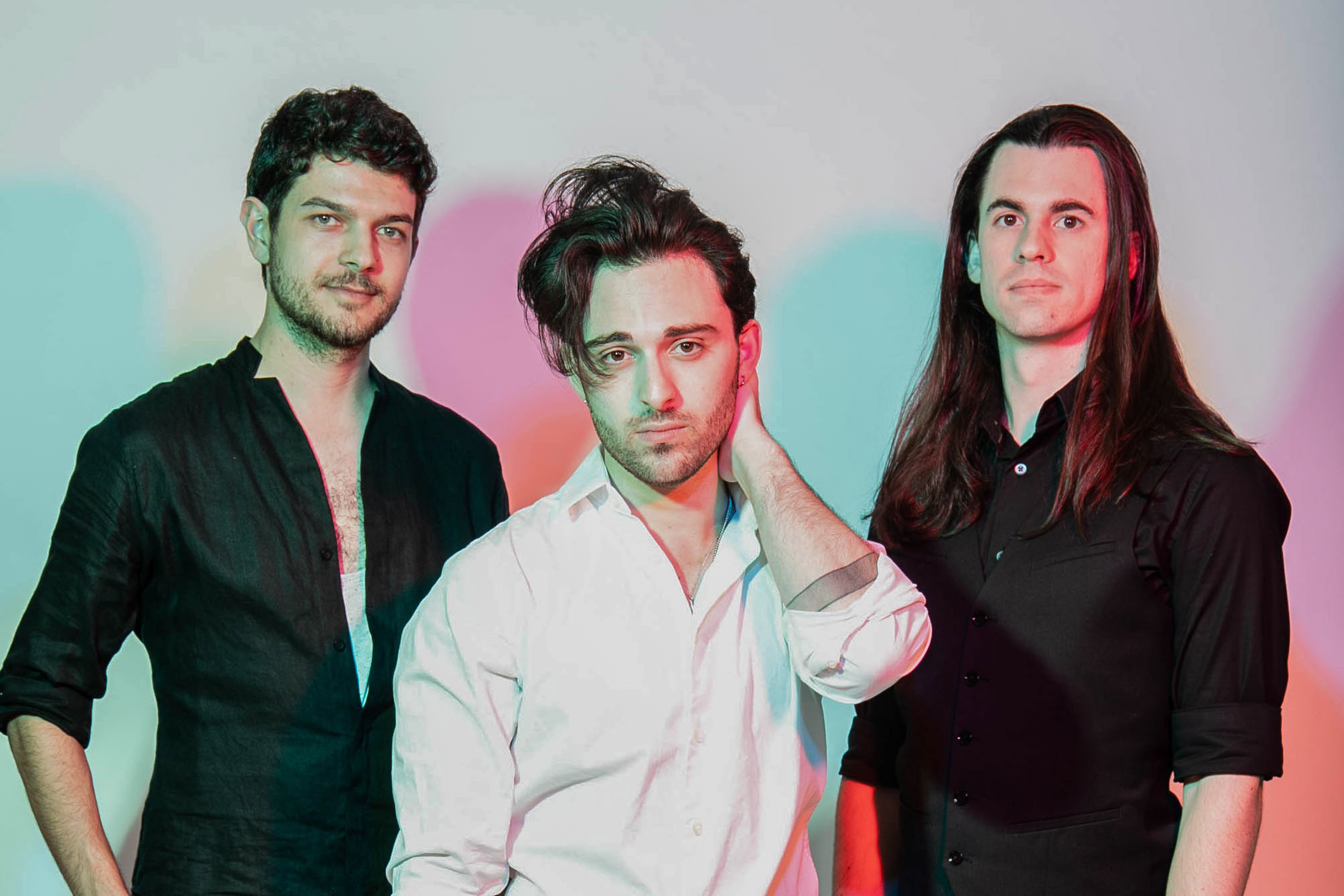 Origami Crane‘s unique brand of indie-pop is playful, flirtatious and packs a punch for a three-piece band. Laila interviewed this up and coming group.

S&S: How did you guys learn to play the instruments that you play?

OC: We all came about it organically as kids and studied many instruments from a young age, through college at Berklee, and continue to this day. In Origami Crane, Jake sings and plays guitar and piano, Noah plays the bass, and Max plays the drums. We also study many other instruments and techniques; for example, Jake has been spending his evening composing LoFi grooves on Ableton, Noah plays lap-steel and banjo, and Max is a killer classical pianist.

S&S: What made you want to play in a band together? What was it about each other that you knew it would be a good fit?

OC: We met seven years ago as freshmen at Berklee College of Music. Noah and Jake hit it off immediately over a mutual love of bands like Death Cab for Cutie and Coldplay and as an experiment began writing a song together every week. Pretty soon. we had more than 10 songs that needed percussion. That was right around the time we (Noah and Jake) saw Max in the local burrito shop wearing his trademark trench coat and purple converse, which he doesn’t sport anymore, unfortunately. Max was a perfect fit, and we’ve been playing together ever since. Our music collaborations have taken many shapes in the past, and we started Origami Crane just over a year ago because we wanted a project that was totally ours.

S&S: Have you guys ever done origami? It would be stellar if you guys had actual origami cranes at your shows with your merch.

OC: We have, actually! When we lived in Colorado, we used to sit down with a bunch of origami paper and watch YouTube videos on how to make different objects. Obviously, the first thing we learned how to make were cranes, but we also learned penguins, samurai helmets, dragons, and a lot more. But honestly, we don’t remember how to make any of it anymore. It takes a lot of practice and repetition!

S&S: Jake, you play a lot of instruments: you sing, play guitar, piano, and a synthesizer. How do you manage all of these instruments and which ones to play when?

OC: In terms of everyday practice, I’m a fan of segmenting various skill sets into short tasks. For instance, playing about 15 minutes of piano a day, with a single task in mind (like learning a specific song), allows me to continue to improve on the instrument while focusing on other things like improving my guitar skills, etc. In terms of our live shows, it’s a collective decision about what type of sound we want for each song, and then I practice the part slowly for days before I can nail it with the vocal parts!

S&S: Your first single, “Turn Around” was recently released this August. And “Like A Flame” released shortly after in September. How has your music been received?

OC: Thus far, we’ve gained a bit of traction through various independent playlists and find ourselves with about 20K listens per single currently. With all music, there are lovers and there are haters, and we’re fascinated to see what kind of traction we can create when all is said and done. Ultimately, we’re of course very biased and are interested in which of our singles will have the most impact on our audience in the coming months.

S&S: Going forward, what are your plans musically?

OC: As with any career in the arts, we’re open to many possibilities, and our primary goal is to have a sustainable long-term career in music, so we want to be efficient and smart with how we move forward. As of right now, we’re looking at doing some weekend touring next spring/summer and beginning to branch out of the New York area. We just released three singles, but we’ve already recorded more music, so those new songs are on the horizon as well – keep your eyes peeled! Our biggest goal is to start building a team, whether it be with a label or independently. We want to delegate some of the work and have access to resources that we might not otherwise have access to.

S&S: New York is a great hub to be a musician. There are a plethora of venues to play, and the city is full of life experiences. What is it about New York that drew you guys to move and set up base here?

OC: Well, it was a decision between LA and NYC. We knew that beyond needing to be in a city where we could advance ourselves in the industry, that moving to one of those locations would light a fire in us and force us to grow as both creators and professionals. The decision towards NYC was kind of spontaneous; we were all sitting at a burger shop, and Jake just proffered, “Guys…How about we move to NYC?” After that point, the quick pace of life and the closeness of all the venues began to make sense to us, and the rest is history.

S&S: There aren’t too many indie pop bands out there. What sets you guys different from the rest?

OC: We maintain the idea that we don’t have to compromise musicality to retain appeal as a band. Pop is becoming rather restrictive, and Indie has certain implications, but the crux of the two genres is where we feel we have room to make an impact.

S&S: You guys played a festival, Mondo NYC. Any plans to play more festivals in the future? If so, which ones?

OC: It’s a little too early in the planning stages to disclose any information, but we’re certainly looking into it. We can say that festival culture generates amazing energy and we’d love to be a part of it in the near future.

S&S: You guys recently played at Rockwood Stage Music Hall. What made you choose this venue?

OC: We really enjoy the fact that Stage One encourages some (Christopher) walk-ins, as it’s not technically ticketed. We had a really great experience there with a completely packed room this last New Year’s.

S&S: You just released your song, “SQ 1.” Where did the motivation for this song come from?

OC: “SQ 1” was inspired by an experience that our bassist, Noah, had early in his relationship with his girlfriend. They met here in NYC, while she was working abroad – she is from Mexico City. It was the day after he found out that soon her visa would expire and they were facing some big unknowns, and we met in our rehearsal space and wrote the song in one sitting. Noah wrote, “Square one, if our days are numbered, if our days are done…I’m not gonna run,” and now they are engaged!

S&S: What are you guys dressing as for Halloween?

S&S: What is your favorite time of year?

OC: For Jake and Max it’s summer, and for Noah it’s autumn. Definitely not winter. Nope.

S&S: Favorite song you can’t stop replaying at the moment?

OC: Without a doubt, Chopin’s Nocturnes, Op. 9: No 2 in Eb Major. What a stunning melody.