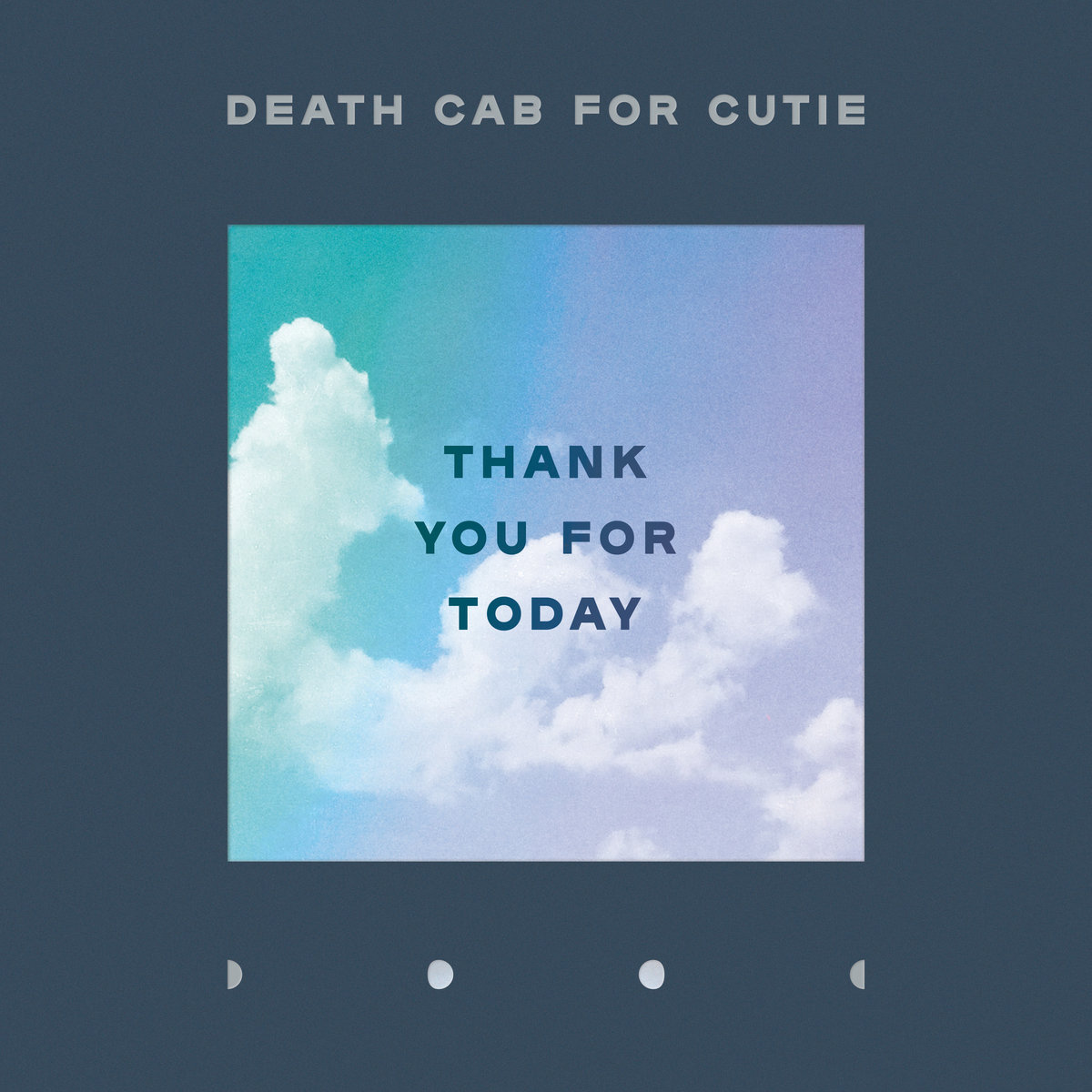 For many long-time indie rock acts, the question always seems to circle back – “How long can we maintain our current sound before eventually having to adapt to the times?” Of the many bands faced with this situation, Death Cab for Cutie have managed to age gracefully by adapting not just their sound but their lyrical content as well. That sense of change is very much apparent on their latest release Thank You for Today which finds lead singer Ben Gibbard making peace with his changing surroundings and accepting rather than fighting them. This is reflected musically and lyrically as the album conjures up a hazy, dream-pop-esque mood that’s warm and tranquil but contains layers of vulnerability and weariness underneath. The core elements of the band’s sound still remain, but more than ever, a sense of maturity and musical progression are evident; the songwriting is decidedly complex and impressionistic.

Opening track “I Dreamt We Spoke Again” establishes a mellow atmosphere with sophisticated arrangements. Elsewhere on the album, the band dips back into the vibrant pop of their early days with “Gold Rush” which demonstrates their strong knack for melodies and is infectiously lush-sounding. Other stand-outs include “Northern Lights,” one of the more propulsive and high-energy cuts on the record and “Autumn Love,” a warm piece of folk rock with a laid back sweetness to it, along with some nicely produced acoustic elements. Musically, the arrangements offer a balance between Death Cab’s usual indie-rock energy and some moodier, more refined aspects. Additionally, the song structures and melodies employed here are simple yet concise, offering a focused and enjoyable listening experience. The tone of the album is nostalgic with the lyrics exploring loneliness, regret, growing up, and longing for simpler times – but thankfully, the album never becomes maudlin or overwrought. It helps that Thank You for Today has a musically diverse soundscape ranging from 80’s synth, lo-fi, ambient and folk. Gibbard and company are in a playful mood towards their style, and the results show.

Overall, Thank You for Today is a strong collection of indie-pop by a veteran band representing their artistic and lyrical progression without comprising their former identity. The band’s mission statement could be most directly found in closing track “60 & Punk,” a meditative piece on growing older and regaining one’s sense of purpose; it ties the album together in a poignant and cohesive manner. Thank You for Today largely succeeds in ushering in a new era of Death Cab while still remaining an effective and insightful release. It may not transcend their earlier masterpieces, but this is still one cab ride well worth the fare.