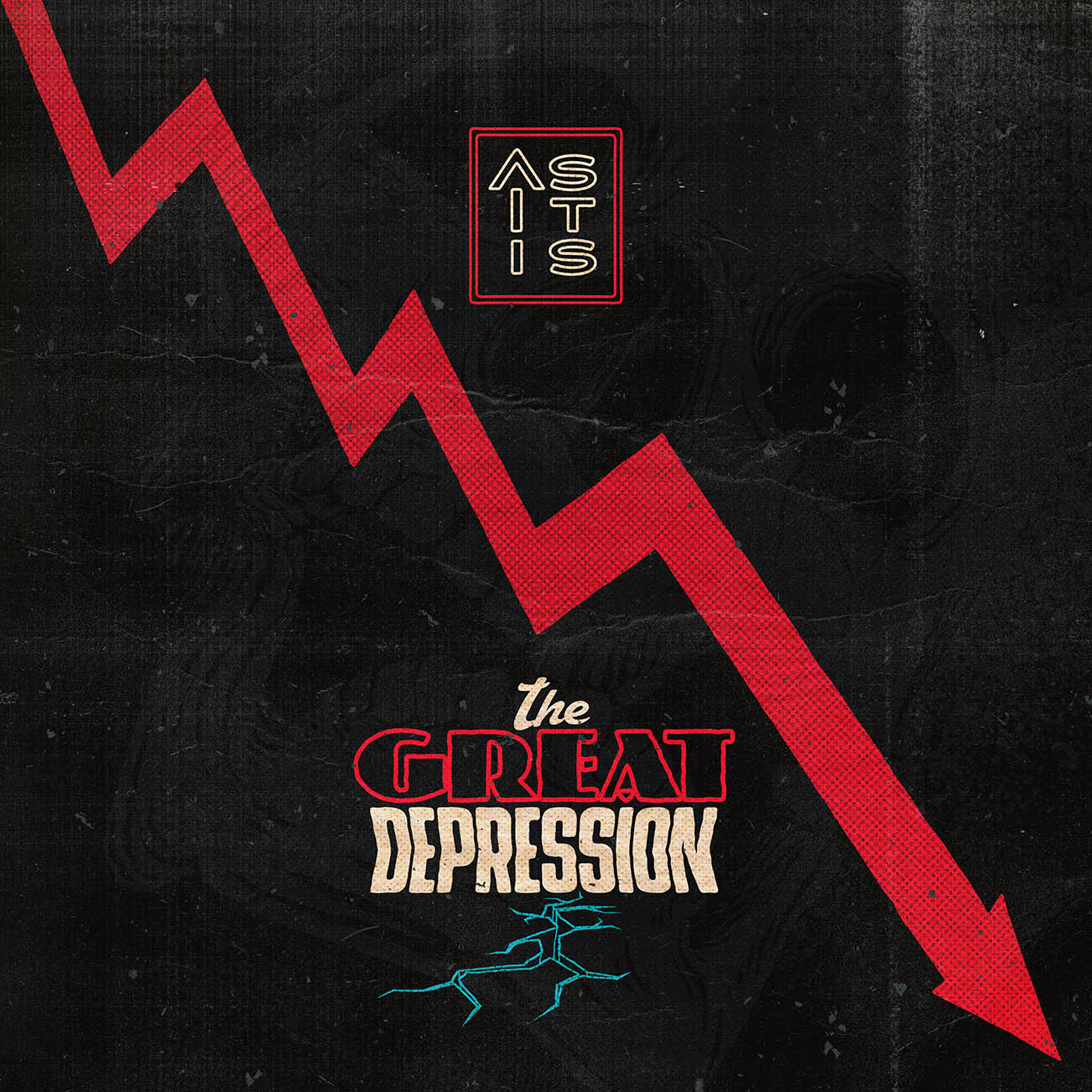 They say misery loves company. I’ve always viewed this as a dangerous statement, but do we have the power to twist it towards healing?

As It Is singer Patty Walters serves us similar thought-provoking questions in the band’s third full-length album, The Great Depression. The pop punk group, made up of Patty, Ben Langford-Biss, Ali Testo, and Patrick Foley formed in 2012 in Brighton, England. Patty became more aware of his own struggles with depression and anxiety while recording their 2017 release Okay. With the help of Ben and the other members, Patty used this platform to help cope with his illness, and before Okay was finished, the stage was set for the concept that would become The Great Depression.

With the help of mental health groups such as Hope For The Day, As It Is kickstarted their mission towards awareness and opening up a dialogue about mental health with fans. They did just that during their round on the final Vans Warped Tour, with Patty’s TEI (The Entertainment Institute) classes and sharing his story on stage during their sets. In a tweet that accompanied the release of the first single “The Wounded World,” the band offers some insight into their objective – “This album is about asking questions, rather than offering answers, exploring the lines where consolation and glorification collide, and asking if art is too subjective to offer a universal solution.”

Some words on ‘The Great Depression’ pic.twitter.com/gxQefxtPaB

Depression affects a large number of people in the music scene, including its fan base. We find ourselves asking if music has an influence on these dismal moments in our life, or have we flocked towards the music because of its ability to help alleviate the pain?

From beginning to end, The Great Depression follows a character referred to as The Poet through what can be perceived as a mental breakdown. A whirlwind of aggressive guitars and soothing vocals that fuse with screams of emotion play background to lyrics that tell a passionate story of near defeat from one’s own mind. A sound all their own, with hints of influences from All Time Low and a dash of My Chemical Romance, Patty traded in his clean 50’s hardcore image for a darker, melancholy tone. To add to the staging of the album’s presence, the band might actually look like the second coming of My Chemical Romance.

As the title track opens, you may think you’re listening to the wrong band. Give it a minute and the boy-band-esque beat gives way to a hard-hitting sound as The Poet may be feeding the romanticization of depression and death. This leads into the first single, “The Wounded World.” Patty belts out, “You can’t pull back the trigger and then point the same finger” as a declaration that society has ingrained in us these insecurities that they later shame us for.

As we approach “The Stigma (Boys Don’t Cry)”, we begin to see in detail what kind of pressure men are under to act masculine. Men are pushed to hide their sensitivity and pain. We listen as The Poet expresses how it feels to have to hold it all in. “The Handwritten Letter” gives The Poet a release for those feelings. He reaches out to someone who gives him validation that he’s not alone and she may be struggling as well. That seems to be the one small thing that keeps him hanging on.

With a softer feel, “The Question The Answer” provides comfort why exploring the mind’s curiosity about death and questions about the worth of life. “The Reaper” screams back as The Poet is faced with death. Underoath‘s Aaron Gillespie joins Patty on vocals as the emotion intensifies when he realizes he truly wants to live, causing the turning point in the mood of the album. Even with a longing to stay, The Poet still struggles but now he’s fighting back.

The last two tracks slow it down. “The Hurt, The Hope” features a smooth, easy going rhythm and a soft voice, giving a glimpse of light and a promise that all the pain and hurt are only temporary – things will get better. “The End” closes the story with spoken words that finish in a screaming plea to listen and pay attention. Even in my first encounter with this song, as the beat builds, I screeched along not even knowing the words. Mostly because I felt I needed to.

As It Is have truly captured a fraction of what mental illness puts a single person through. It may not be the same story for everyone, but they urge you to ask yourself, “Am I a part of the positive change or am I being problematic?” The Great Depression encourages you to break the stigma of mental illness. You should not feel ashamed or keep it buried away. Start the conversation, talk about it, listen, and keep the line of communication open. Every song on this album is extremely important to the story, especially “The Truth I’ll Never Tell” and “The Haunting.” I just couldn’t put my own interpretation on those as they hit too close to home. I absolutely recommend giving this a listen all the way through from start to finish at least once if not over and over again.

If you or someone you know is feeling lost, hopeless, or overwhelmed please reach out. If you can’t go to a loved one, please call or text The National Suicide Prevention Lifeline Available 24 hours a day.