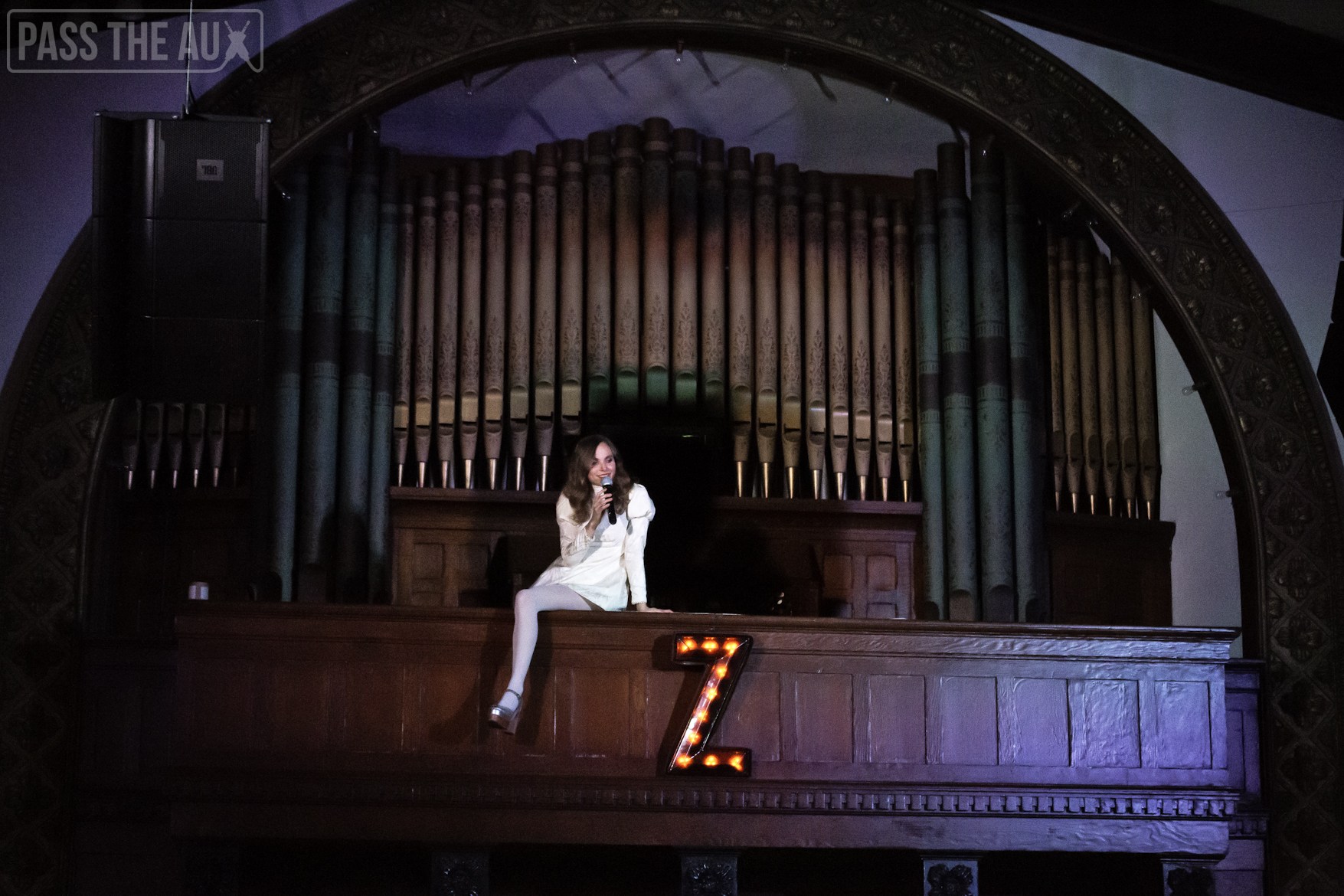 There’s something eerie yet quite beautiful about hosting a holiday show in a gutted synagogue. The voices still echo off the bare walls, and the pipe organ still resonates its ghostly melodies. The pews still creak under the weight of their inhabitants, and the woody church smell hasn’t completely disappeared yet, taking you back to your Sunday school days. The Pico Union Project in Los Angeles, California offers the perfect setting for Z Berg’s creative visions and hauntingly wistful vocals.

Z Berg and Friends is a showcase of extremely talented musicians hand-picked by the host herself and filtered into her own set during the second hour of the extravagant show. The holiday rendition featured the talents of pianists Aaron Embry and Ethan Gruska, Allie Crow Buckley, quartet band The Chances, Pearl Charles, lady duo Azure Ray, Berg’s ex-bandmate Alex Greenwald and her ex-boyfriend Ryan Ross, and finally, the legendary Jackson Browne. Z Berg, donning a beautiful white dress and soft ringlet curls in true angelic fashion, introduced the first half of the show from the balcony overlooking the stage. The “Friends” portion of the show was a fast-paced relay as multiple artists performed a song or two of their own before passing the mic off to the next guest.

While every Friend brought their best to the small stage, the duo that received the most enthusiastic response from the crowd were Alex Greenwald and Ryan Ross, and for good reason. Any die-hard RyRo fan sitting in the pews was gifted the best Christmas present they could ever ask for: his 2013 demo release “Lonely Moonlight” live for the first time ever.

To close Act I, Z shared the stage with Jackson Browne, much to her purest delight, as they sang a cover of Nico’s song “The Fairest of the Seasons.”

After a very short 15-minute intermission, Z Berg herself took the stage for an entire set of original songs beginning with a fan favorite “I Fall For The Same Face Every Time.” She continued her performance with “Little Colonel” before inviting Allie and Jackson back to the stage for “Skin and Bones.” Alex Greenwald returned for “Time Flies” and “Let Me Down Easy,” and Z was able to squeal again as she sang her song “Charades” with Azure Ray, another one of her absolute favorite artists. Berg brought Ryan Ross back on stage for her song “Calm Before The Storm” and their newest single “The Bad List,” which is a melancholic Christmas ballad about the rise and fall of their romantic relationship.

Z Berg’s set concluded with solos of “Better the Devil” and “To Forget You” and her upbeat single “All Out of Tears.” For the finale song, Z invited every performer back up on the tiny stage to accompany her by clapping along. While the show ended promptly by 11:30 at night, the show was far from over. Like a true Communist queen, Z Berg spent well over three hours meeting every single attendee before finally calling it a night.

Be sure to follow Z Berg on Instagram to be the first to know when her next show is because you will not want to miss it! 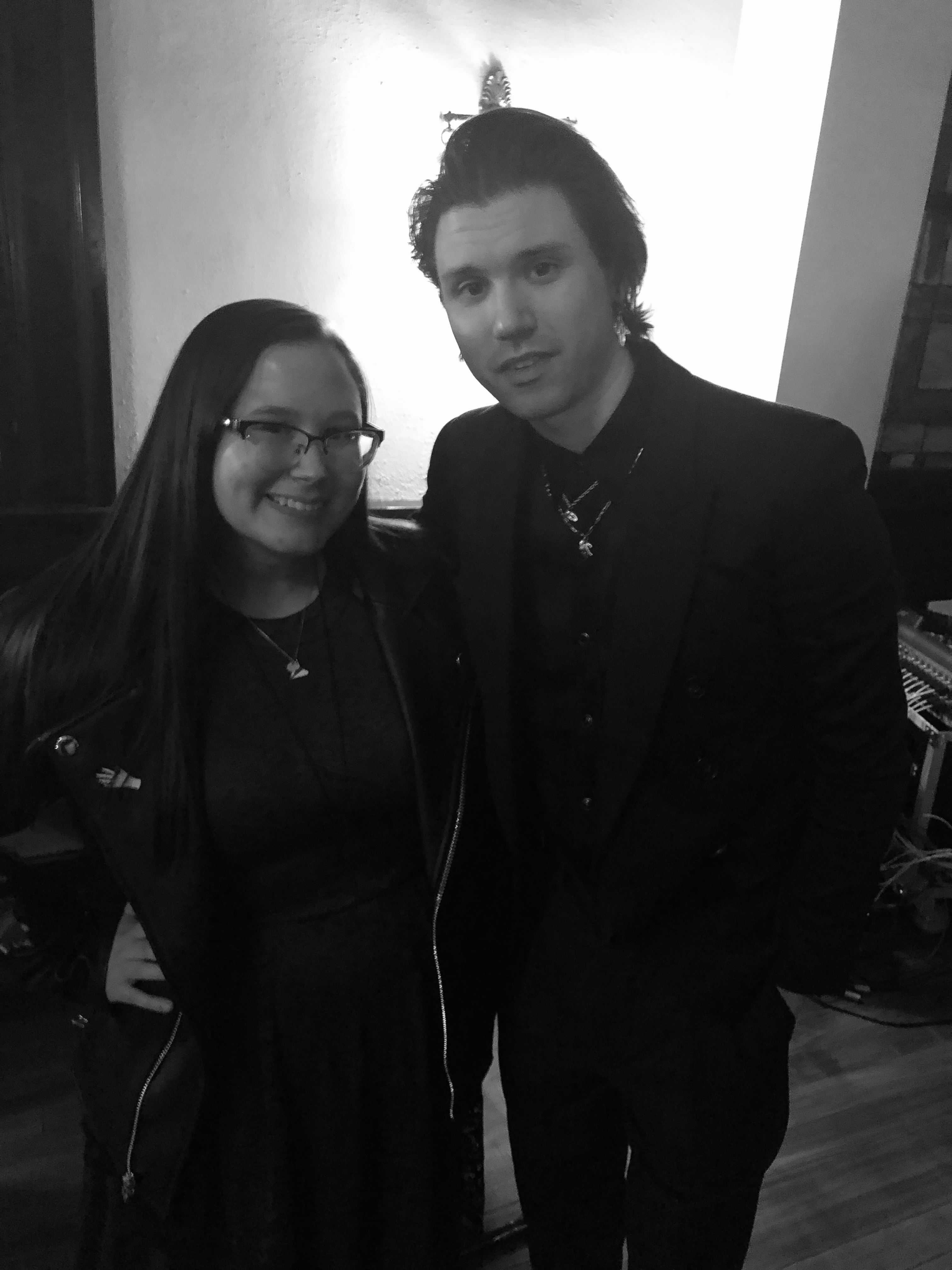 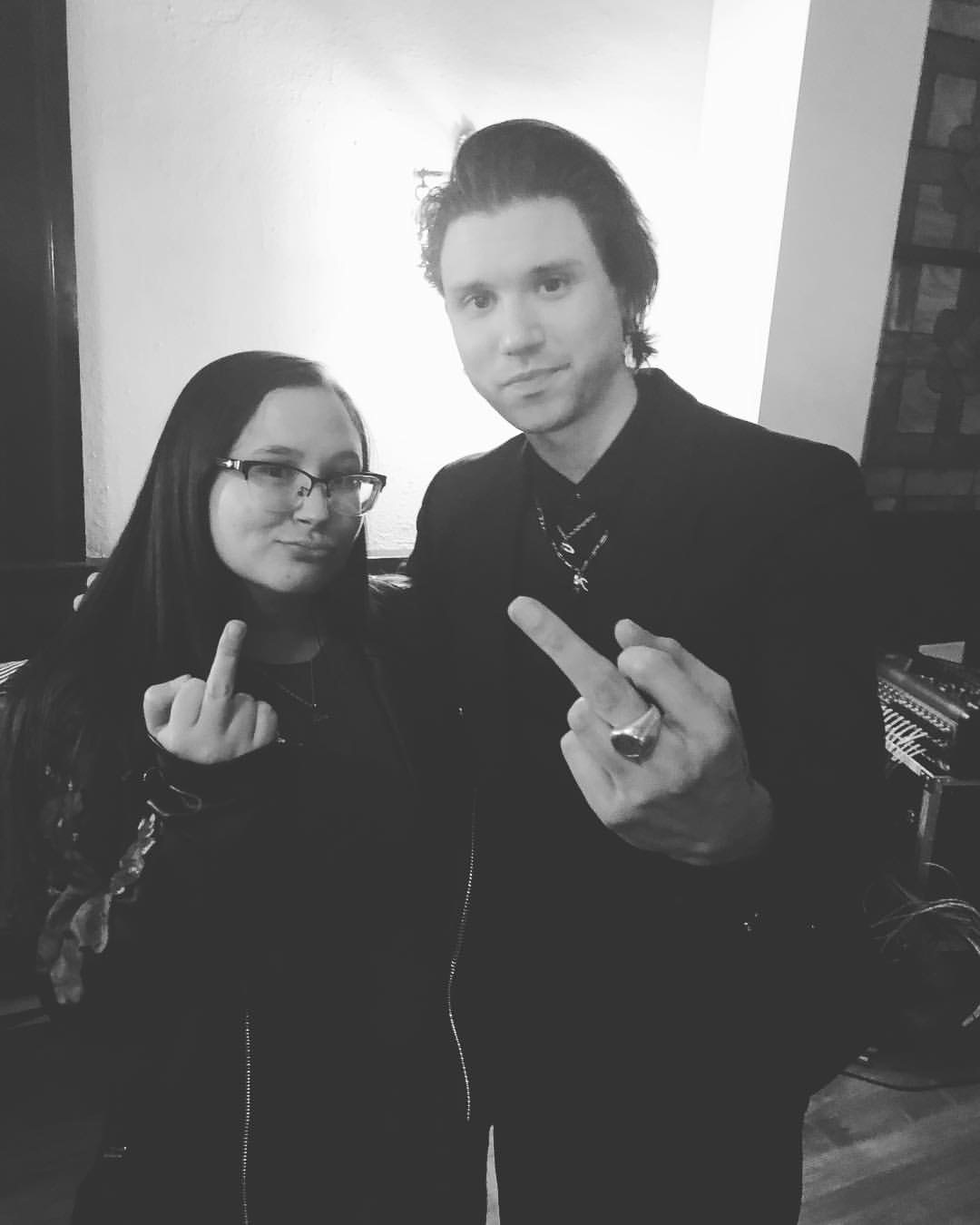 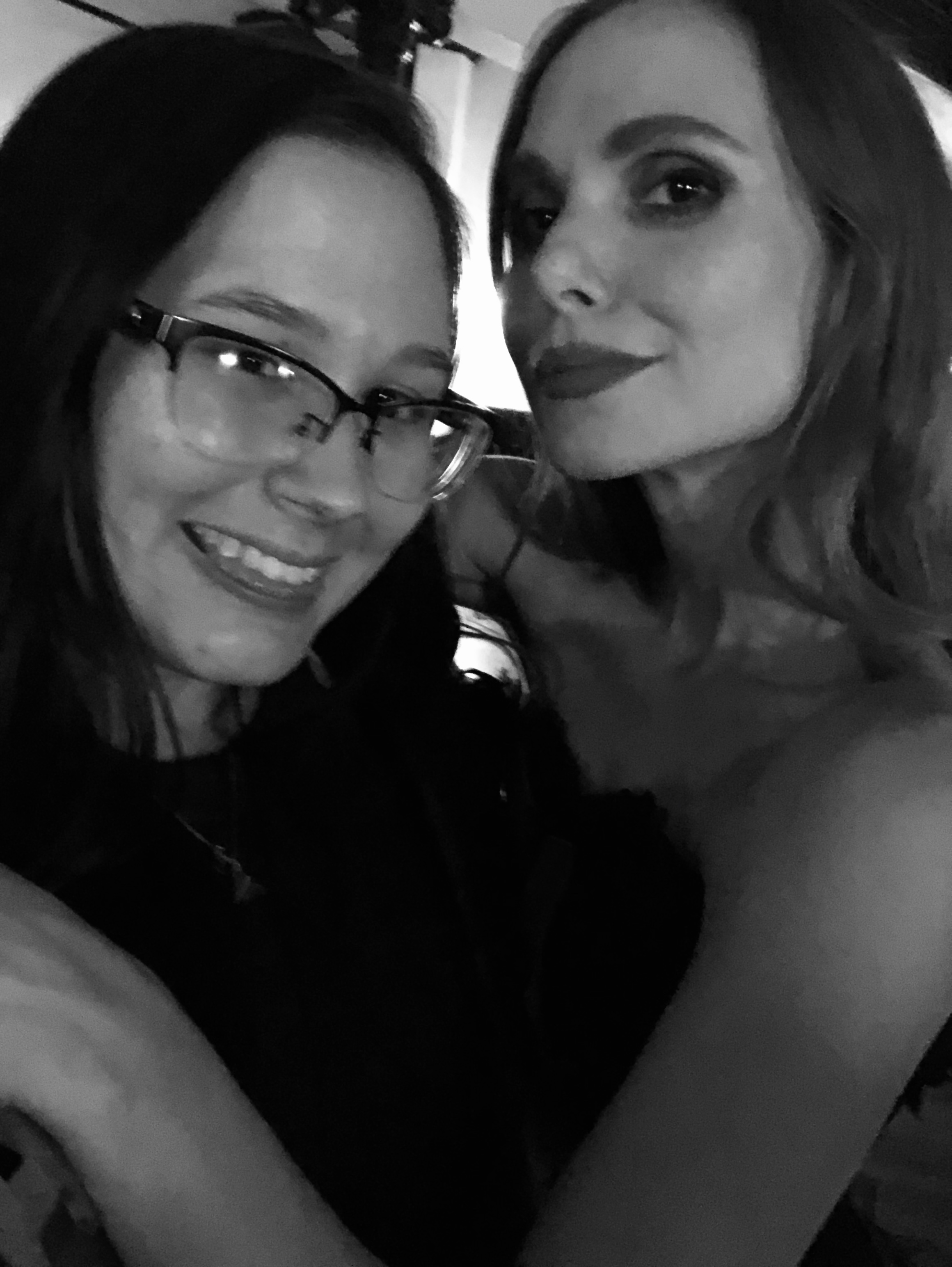 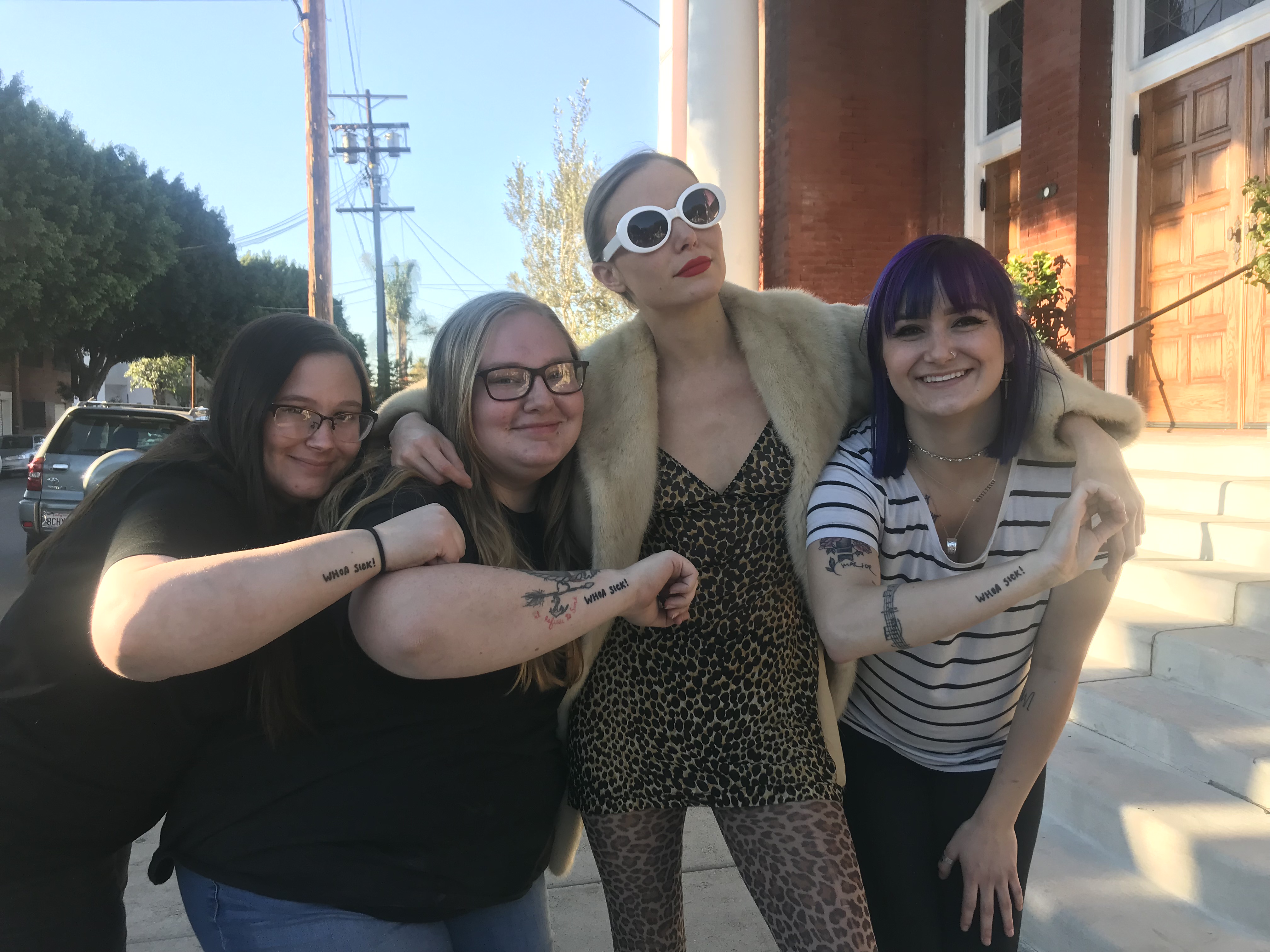