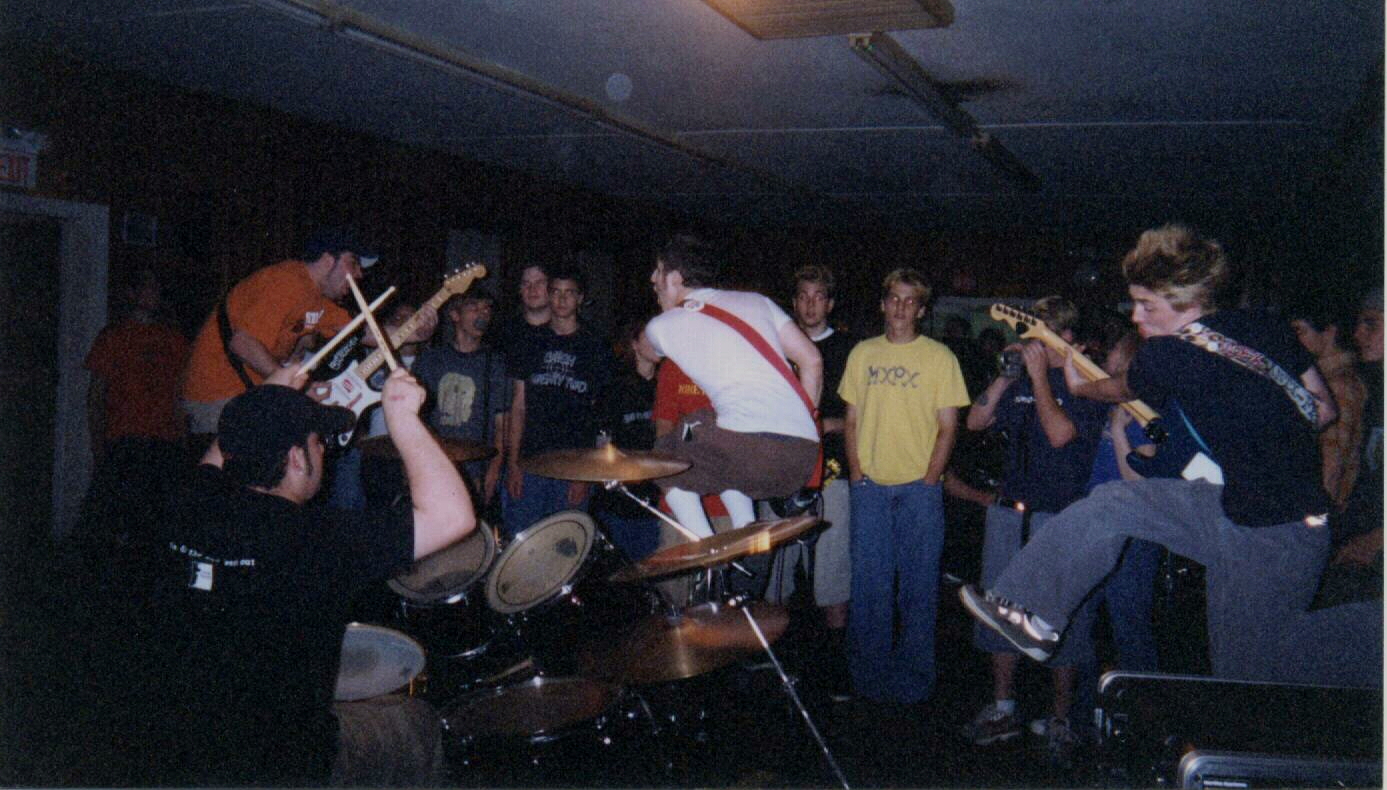 M&M Hall is on the long list of classic hole-in-the-wall music venues that don’t exist anymore, but back in the early 2000s, it was a hotbed for New Jersey talent. I remember my first show with my oldest friend, Stars and Scars Founder/Editor-in-Chief, Elyse Jankowski. We walked into this tiny shack with a max capacity of probably 50 people. We spent the night shoulder-to-shoulder with at least three times that, rocking out to 37 Slurp and Stick Figure Suicide – bands I continued to follow for the next 4+ years.

The floor level “stage” and band interactions with the crowd made it feel like you were hanging out in a garage – like you were part of the band. 37 Slurp was a sight to see; Joey “Pants” with his signature three-string special bass and lead guitarist Mac with his blonde spiky hair like something out of an anime cartoon immediately had me rolling with their song, “If You See Kay” (which is really the opposite of an acronym).

Stick Figure Suicide made all the punks in the room feel like rock stars, with lead vocalist Paul often handing out the mic for gang vocals. I’m pretty sure the bassist “Ducky” kept wandering into the pit, intentionally or by accident. Also, who can forget Slim or Snee or Chris, or whatever they were calling him that week on lead guitar? He was playing some wicked, catchy riffs that lured you into the pit even if you were a wallflower!

I became friends with all the band members after that show. We’re talking first name basis, cell phone numbers, running their merch tables, going out for pizza after the shows, even painting their first daughter’s bedroom. Those experiences brought a whole new meaning to the music that most will never know. I’ve let this life slip from me for a number of years now, but I’m slowly getting it back – not to regain my youth, but to be part of something bigger than one person. Remember, boys and girls: music lives on forever.

Mike is punk but self-identifies as a Norwegian metalhead.