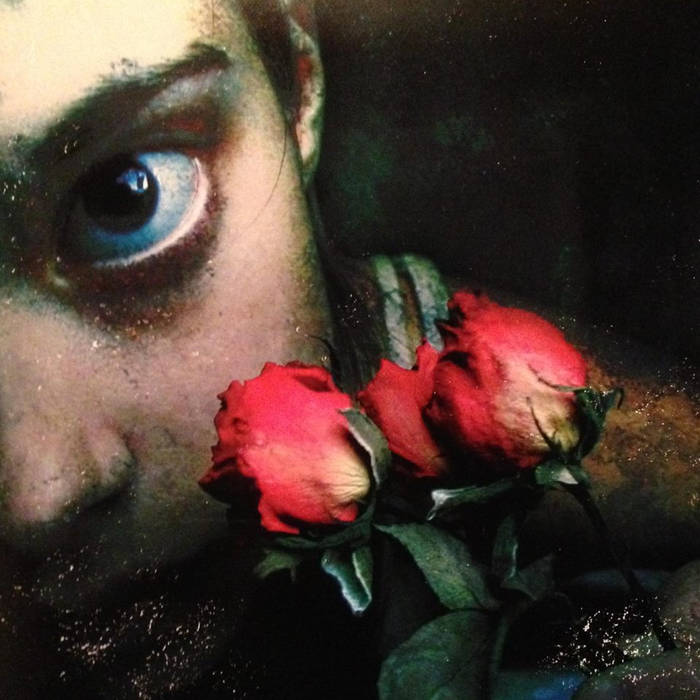 It’s amazing hearing the first few seconds of an album for the first time. Sometimes, it feels like you’ve finally found that “thing” that you’ve needed without even knowing that you need it. It can simply be inspiring. And sometimes, as you listen, the course of your life is changing in a way that you had only ever dreamed was possible.

Beauty in Destruction, the one and only album from Kelowna, BC natives Thebleedingalarm, was a self-released full length that my friend’s brother had written and played on. It was expected to hit the US and take it by storm. I was 16 then, and I remember thinking, “This is like nothing I’ve heard. There’s nothing like this.” I wanted everyone to listen to this album. It was heavy, energetic, beautiful, and didn’t have anything even close to a bad song on it. It was the perfect mix of ambiance and aggression, and I truly felt that it was going to change the landscape of music in America.

Around the time I was introduced to Beauty in Destruction, I had been pretty deep into the search for a new band to play with or musicians to start one with. I had been playing drums for four or five years at that point, and I had pretty much surrendered every waking moment of my life to chasing that impossible dream that so many of us (especially in New Jersey) had chased for years. By then, most people my age were starting to think about what colleges they might want to apply to in the near future because that’s what comes next, right? I needed to find a band. And I knew that I needed to find a band that sounded like Thebleedingalarm because in my mind, Thebleedingalarm was perfect. So perfect in fact, that when a close friend who was aiding me in my search asked me, “What kind of band are you looking for?” I responded, “I want to play for a band that sounds like Thebleedingalarm.” He gave me a firm, “Dude, you’re never gonna find a band like that.” And he was right; their sound was too unique, too special for something like that to come into my realm.

A little over a year later, I found a band that I was happy with. I felt great about a possible future for us and to me, the dream was very much alive. Beauty in Destruction hadn’t changed the world like I thought it would, but Thebleedingalarm had recently signed a deal with a US based label, Immortal Records (Incubus, 30 Seconds to Mars, Scary Kids Scaring Kids), and it seemed like it was only a matter of time before things really took off. The label decided that they would simply re-master Beauty and release it officially under the Immortal name, rather than have the band record an entirely new “debut” album. So, this meant that the incredible collection of songs that I loved so much would finally get the nationwide US release that I felt we all needed.

It’s funny how things happen, even when people tell you they won’t. By this time, that friend of mine who first introduced me to Thebleedingalarm had gone off to join his brother in playing bass with them. To say that I was jealous would be an understatement, but of course, that also came with a ton of excitement; I had a friend who was in Thebleedingalarm, and they were about to be huge. Little did I know, as I was dreaming about my own future and theirs, a botched performance at SXSW in front of Immortal Record’s President, Happy Walters, nearly cost the band their four-album record deal. For most of my life, I wasn’t a huge believer in the idea that things happen for a reason. Beauty in Destruction and Thebleedingalarm changed that.

The SXSW incident set off a series of chain reactions that led the band to Cranford, New Jersey, where the parents of the band’s founder, Jens Madsen, and new bassist, Paul, had lived for years. After being abandoned on the road by their frontman, Charles Furney (Secret and Whisper), the band’s only choice was to drive to New Jersey and figure out how to put the pieces back together.

What I didn’t know at that time was that I would be one of those pieces.

During the summer months of 2006, Thebleedingalarm had found a replacement for Charles in Scott Rainone, an 18-year-old kid from Vancouver, and had also gone through a round of drummers. The struggles of being in a full-time band were clear to me, but I also loved this band and had become close friends with them. I was 17, and I knew how to play every song on Beauty in Destruction to a T, so I offered to fill in for the band until my senior year of high school started. I was rewarded with respect for approaching Jens and asking such a crazy thing, but they wanted someone permanent. Crazy enough for me though, YouTube was just starting out, and a video or two of me playing drums had somehow made the rounds out in the world wide web. Before I knew it, I was talking with signed bands on the other side of the country (even one in western Canada) about trying out for them, and suddenly the dream was within reach. Sort of.

Once I told the first band, Self Against City (Rushmore Records) that I was only 17, the line went dead. Glory Nights, however, a band from the same town in British Columbia as Thebleedingalarm, were on the verge of a deal with Capitol Records. We made it so far as to discuss my planning of a trip to audition during Thanksgiving break. Things were moving along, and I still needed to figure out how to get around the whole high school thing. It turned out, once again, things do happen for a reason.

In middle school, a guidance counselor once asked me what I wanted to do when I was older – something you can’t expect a kid in middle school to know, but I had an answer. I wanted to work in the music industry. If not as a musician, I would work for a record label. My guidance counselor didn’t seem to think that was smart and told me to consider other options. Fast forward to a month before my senior year began, and I’m sitting in my high school guidance counselor’s office, listening to her talk about how I can still get into any college I want with a GED, and if I don’t take this chance to live my dream, I will regret it forever. This woman only worked at my school for a year or two, and luckily, I’ll never know what kind of discouraging response I might have gotten from someone else.

I can still remember how exciting this time was. How unreal it felt that these bands wanted me to be their drummer. I would hang out with the guys from Thebleedingalarm and talk about how crazy it was, but deep down I was still so hooked on their sound and that one album. I couldn’t imagine not playing for this band, but the opportunity just wasn’t there. Or so I thought. One afternoon in August, I was over at that house in Cranford, and Jens came up to me and simply said, “How would you like to try out for our band?”

Are you kidding me?

All at once, the possibility that this could happen became so real that it felt terrifying. The thought of auditioning for these guys, even though they were now my friends, made me feel sick. I almost couldn’t take it, and when the time came, the guys actually agreed to go through the whole audition with everyone (including myself) wearing nothing but undies. That’s all it took, but now I knew that I had to make a decision to either accept the offer and become a high school drop out, or miserably finish out my senior year and spend every day wishing I could turn back time. High school sucked anyways.

Before I knew it, I was the new drummer for Thebleedingalarm, traveling the country with guys that became family, playing those songs that I loved every night. I was 18-years-old and living that impossible dream. My twin brother would call me some nights while he was at home working on his senior project, and I was getting ready to play a packed venue in Edmonton, Alberta. It was insane. It still blows my mind that there are people in this world that have my autograph…Or had.

This was it. I had done it – had it all figured out. I had made it to the place where my middle school guidance counselor urged me not to go. I was playing for the band that my friend told me I would never play for. And still, one thing hadn’t fallen into place. Thebleedingalarm hadn’t changed the landscape of music in America. They had barely made a dent in it. How could this happen? How could an album this unique not be taking off? Those are questions that I will never know the answer to. All I can say is that when people tell you the music industry is hard, they’re not kidding. The music industry is like fighting to take one step forward in a wind tunnel and being blown 100 feet back. Constantly. I loved Thebleedingalarm. I still do. But the stress of that constant fighting to take one step was starting to weigh down on me. I didn’t even feel like I enjoyed playing drums anymore.

Eventually, we were able to get out of our contract with Immortal Records without having to pay any of the near $100,000 they claimed we owed them. I think all of us knew how lucky we were to be able to say that. I knew how lucky I was to have gone through the whole thing, but my time was up. I took my high school diploma issued by the New Jersey State Board of Education, and I went to college.

The thing is I still think about those first few seconds. The first time I heard Beauty in Destruction, I was 16, blown away, and had no idea that my life would never be the same. But the best part of it all is that those first few seconds would bring me together with a group of guys that I shared stages, long night drives, growing pains, and a ton of memories with. Guys that I truly love. Because of Beauty in Destruction, Jens, Paul, Kevin (and then Chris), and Scott will forever be my brothers.

Tim is a videographer/editor who is passionate about telling stories. He enjoys outdoor activities, giving big dogs hugs, and being a nerd. He also thinks he’s funny.