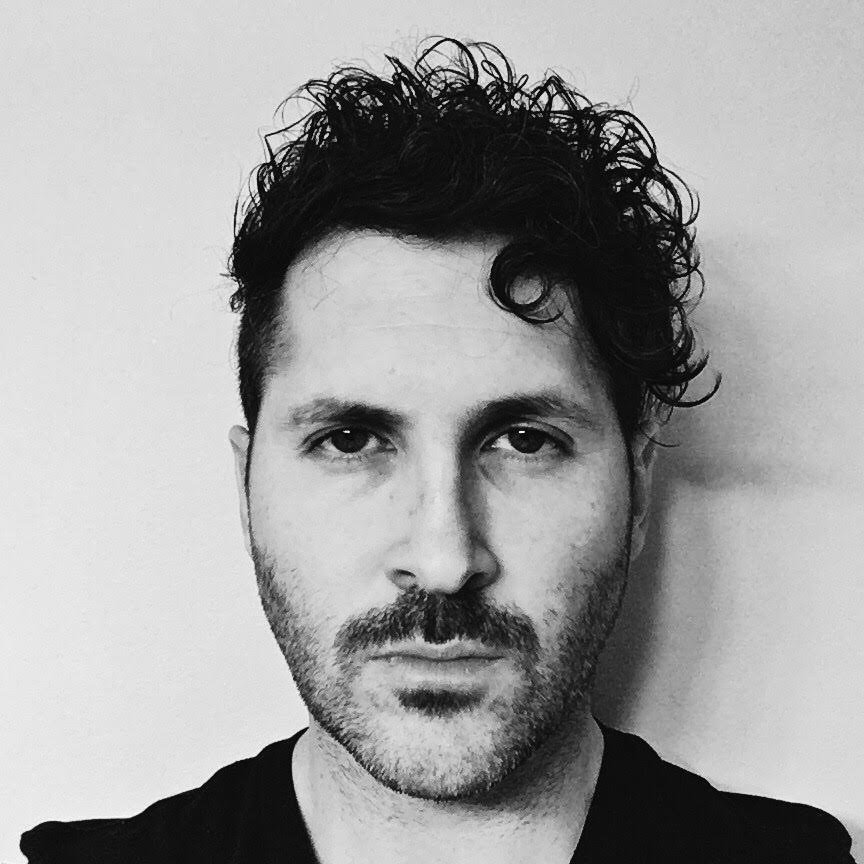 Some songs are just so instrumentally illustrative that they direct their own music videos in your mind. Every layer adds a visual element, whether that’s a character, a scene, or just an overall feeling that builds the story the lyrics are narrating. And that’s exactly what Whisperhawk’s newest single “Summer Song” does.

As the title suggests, “Summer Song” feels like the sun gleaming down on a blistering hot day in the middle of summer. You can almost envision it: top down on a Jeep, driving through the Utah desert, hand-in-hand with the person you love, the rest of the world dead to the two of you. The whole vibe is liberating and fulfilling, precisely the way that summertime feels, and that is what makes it such a great feel-good song.

The track opens with a bluesy sound as two melodic guitars, a marching bassline, and soft drumming work euphoniously together to create that seasonal tone. As the vocals appear, the song evokes a dancy beat that is impossible to resist, so when the jam comes to an end, you’re quick to restart it and continue your bopping.

Whisperhawk is a one-man band hailing from Salt Lake City, Utah. Formerly of the Brobecks (2003-2007), Let’s Become Actors (2005-Present), the Statuettes (2009-2017 — hiatus), and The Lazy Waves (2010-2014), the multitalented and extremely ambitious Michael Gross brings us his solo project Whisperhawk with EP Good Ol’ Fashioned American and a couple of singles already under his belt. With his release of “Summer Song” and its music video, he hopes to reach a larger audience before releasing a full-length album later this year.

S&S: What does the name ‘Whisperhawk’ come from/mean?
Michael: I belong to the Northwestern Band of Shoshone Nation Native American tribe, and when I was born, my grandmother gave me the Shoshone name of “Du-Gee-Nee” which means “Little Hawk.” Turns out there are other groups out there that have the name Little Hawk, but I wanted to still keep the “hawk” in the title. I decided on Whisperhawk because I like the word “Whisper” to be honest. Why not combine the two?

S&S: How would you describe your songwriting process?
Michael: Typically, I write music late at night. I’ll usually sit down with a guitar and see what comes out. Sometimes, nothing comes out, and so I have to be patient and try another day. I’ll usually write some chord changes and a vocal melody first and then gradually arrange it into an entire song with lyrics coming last. It doesn’t ALWAYS happen like that, but it’s pretty typical.

S&S: Who has been your favorite person to work with during your Whisperhawk project? During your entire career?
Michael: As I think about it, it seems to be pretty much the same cast of characters that I’ve worked with to record and release music over the years. Locally to where I live, I’ve recorded stuff with local recording engineers Andy Patterson, Aaron Hubbard, and long-time friend Matt Glass. Outside of Utah, I usually work with John Siebels in Los Angeles. I’ve had different band mates over the years, and they have all been great, but Matt Glass usually seems to be involved in some way in most of my projects. We go back to Junior High School. For song mastering, I love working with Brian Lucey at Magic Garden Mastering. Top level pro, but he still cares about the indie artist.

S&S: What has been your favorite aspect of Whisperhawk so far?
Michael: Recording music is my favorite thing, so obviously that aspect, but also I’ve been fortunate to connect with a lot of new friends/fans with this project that I haven’t really connected with before. I don’t know if it’s the music, the timing, or both, but it’s been fun to interact with a lot of new people that seem to enjoy what I’m doing.

S&S: What’s been the most challenging aspect of this project?
Michael: As with any new project, the challenge is always to get people to listen to you. Most people have never heard of you and have a million other bands that they are listening to, so it can be hard to break through and get people to give you a chance. I think it’s trending in the right direction though.

S&S: Have you discovered anything new about yourself or your art through this project?
Michael: I’ve discovered that I can do a lot more on my own than I ever have. Whether it’s recording music or performing solo etc. I’ve also discovered that I have the same sense of humor as a lot of teenagers. Or so I have discovered through social media.

S&S: We connected on Twitter, so is that your favorite way to talk to fans? Have you received a good response by sharing your music that way?
Michael: Twitter and Instagram have been a great way for me to connect with people and for them to see what I’m up to. Particularly Instagram. I post a lot of “behind the scenes” photos and videos and stuff. I always like seeing behind the curtain with some of my favorite artists, so I try to do the same for anyone that may be into my music. People seem to enjoy it from what I can tell. I truly am grateful to anyone that gives my music the time of day, so I like to try and make personal connections if I can. Social media is a great way to do that.

S&S: The Brobecks started in 2002, which is an entirely different internet era. How would you describe the difference between getting your music out to an audience back then as opposed to doing it now? Is it easier or harder now?
Michael: Even though the internet was different back then, I feel like we were a little ahead of the curve on some things, because our drummer Matt Glass had always been tech savvy, and had been using the internet since it was made widely available to the general public in 1994 or whatever. We always had a website and videos and stuff. I think the thing that really helped us back then though was just playing live shows. We played anywhere and everywhere, and eventually started building a fan base of people who had seen us play live.

When Myspace came around, that took things to another level. It was a big help to us and getting our music out there. You might be too young to remember, but Myspace was not only great for connecting with people, it was equally as great for bands. A lot of people discovered indie bands on there. I truly think the Myspace era was the Golden Age for bands and social media. Then it got all spammy and fell apart. Too bad.

S&S: Did you have any specific influences for “Summer Song”?
Michael: The main influence I guess (as with most of the Whisperhawk tunes) are the current events of the world, and my own country. Perhaps I can be a little over-dramatic with some of the lyrics, but there is A LOT of material to work with.

S&S: How does Whisperhawk differ from your previous projects? Do you prefer working solo over working with a band?
Michael: Musically speaking, I’d say it’s pretty similar to other stuff I’ve done in the past. Lyrically it’s been a little more focused on my feelings about the state of the world and country that I live in, and my feelings about political and cultural stuff that is happening, or has happened in the past.

S&S: What was the best advice you’ve ever received? Do you have any advice for other artists starting fresh?
Michael: The best advice I can give is to do things because you like to do them and they make you happy. If that’s how you approach things (especially music), you will naturally get better because you have invested the time.

S&S: How do you stay motivated to create? Do you deal with any creative blocks, or do music/lyrics generally flow freely for you?
Michael: I touched on this a little previously, but I’m always thinking about song ideas or melodies wherever I go. They don’t always turn into songs, and I do get writer’s block sometimes, but the key is to just stick with it, and you will eventually have good ideas again. Lyrically, I’ve found it easier to write about subjects that I personally care about.

S&S: What can your fans expect from you this year? EP? Album? Shows?
Michael: I’ve just started writing songs for a full length album to be released at a future date. I am not a patient person, so you can expect is sooner rather than later, I’m sure. I also hope to start playing more live shows whether it’s solo or with a band. If you want to see me live, then spread the word!

S&S: What would your spirit animal be?
Michael: Hawk, naturally.

S&S: Ah, of course. You mentioned previously about belonging to a Native American tribe, so do hawks have any special meaning to your grandmother or your other ancestors? How do you relate to hawks now as an adult?
Michael: All animals held meaning to my ancestors. As far as birds go, I think hawks and eagles were and are special because of their power and grace. I’m not saying I have power and grace like a hawk, but that’s what I appreciate about them. Plus, when I was little, I saw a hawk swoop down and grab a snake off of the ground, and I thought that was pretty cool.

S&S: If you could learn any new instrument, which would it be and why?
Michael: Piano. I need to improve there.

S&S: What’s on your tour rider?
Michael: Don’t have one. Who do you think I am?

S&S: A dreamer at heart, so if a venue asked if you had any special requests, what would they be? I’d personally ask for some Greek yogurt with granola. I eat it daily.
Michael: Excellent choice. I would ask for some cold Fresca and probably some sort of ice cream. If you follow me on Instagram, you know about my love for Fresca.

S&S: Do you have a favorite TV show you can rewatch over and over?
Michael: Seinfeld.

S&S: Which character do you relate to the most?
Michael: I’m probably the most like Jerry. Always sarcastic and cracking jokes and never really grew up. And also like Jerry, I too love cereal.

S&S: Who’s your most played artist on Spotify/Apple Music?
Michael: I don’t generally stream music as a primary way of listening to music. There are different reasons for that. I will use it as a tool to check a band out and see if I like them or not before I ultimately purchase their music though. I will tell you about some recent artists I’ve purchased music from if that’s ok. The War On Drugs, White Reaper, Neil Young, The Wombats, Grandaddy, Spoon, Ryan Adams and more.

S&S: Who would you most like to tour with?
Michael: Neil Young and Crazy Horse, Ryan Adams, Grandaddy, or Spoon.