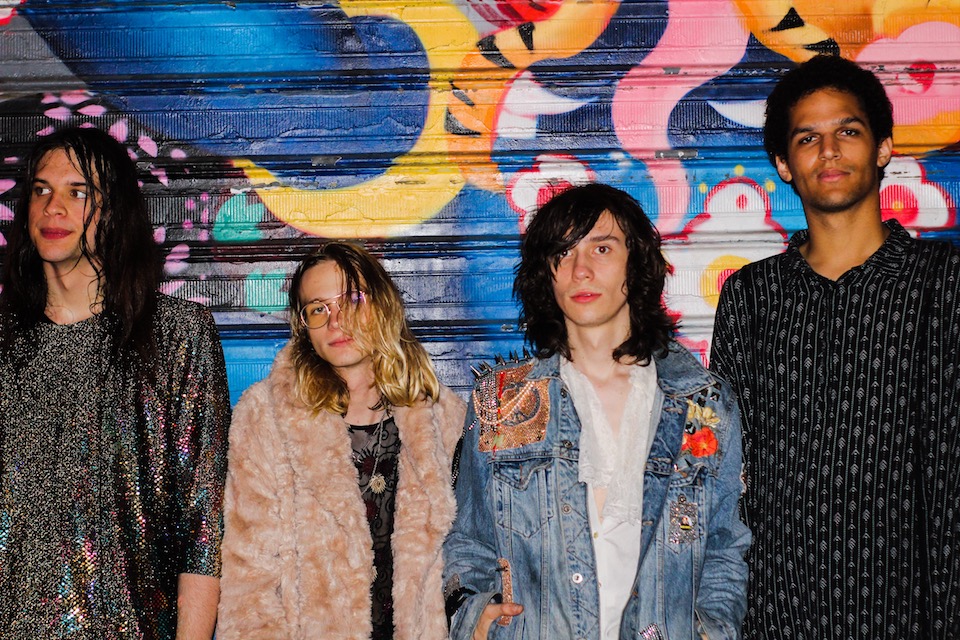 I recently had the privilege of catching up with Austin-based psych/funk band The Cuckoos. The boys – Kenneth Frost (Lead Vocals, Keytar), Dave North (Lead Guitar, Backing Vocals), Eric Ross (Bass), and Cole Koenning (Drums) – were all so welcoming and gave us insight on their tour so far, latest projects, and passion for music.

S&S: How has tour been treating you guys? Any favorite places so far/anywhere you’re looking forward to going?
Dave: Favorite place is probably the van.
Kenneth: I really enjoyed playing Dallas. I don’t think we’ve actually ever played Dallas before, which is funny since it’s so close to where we live, but tonight was also fun. I also really want to go to Chicago.
Cole: Yeah, I’ve enjoyed my time here in New York.
Eric: New York has been my favorite. Chicago will actually be my 8,000th day alive – I’ve done the math.
Kenneth: Yeah, that will be a big day for Eric.

S&S: How do you guys like spending downtime on tour?
Dave: We all love watching Drake and Josh [and] Forensic Files.
Kenneth: Last night, me and Dave were watching a bunch of cult stuff like Jonestown Massacre and the Heaven’s Gate people…We like weird shit.

S&S: I love Forensic Files too!
Kenneth & Eric: Yeah, that’s like my go-to show.
Cole: Last night, me and Eric went to a jazz club and saw Ron Carter which is one of our favorite musicians of all time. Definitely a great moment!

S&S: Where did your band name come from?
Kenneth: I was watching that movie One Flew Over the Cuckoo’s Nest

S&S: Nice! Did you read the book?
Kenneth: I did not read the book. I’m a poser. I’m a big Jack Nicholson fan, so I was just like oh yeah The Cuckoos that sounds good.

S&S: How would you guys describe your particular genre of music?
Kenneth: I like to call it neo-retro psychedelic funk rock and roll.
Dave: As simple as that.
Eric: 80’s psychedelic kind of jam rock. I don’t know haha.

S&S: What was your inspiration behind your newest song “Heartbreak Paradise”?
Kenneth: I mean a heartbreak, of course, but in terms of influences like other artists and stuff, definitely the 80’s new wave style. I was kind of trying to do some Iggy Pop, like the Idiots style stuff and then definitely Prince. But the inspiration lyrically – well, I got my heart broken by my high school sweetheart, you know.
Cole: Where do you go after you’re heartbroken? You can wallow in the mire or you know, you can go to paradise.
Kenneth: Yeah, I guess I just wanted to write about that feeling of whenever you’re not with someone anymore, and it’s like you don’t want to move on, but you don’t really want to get back together with them. So, it’s like where do you go? Heartbreak Paradise.

S&S: When did you guys realize you wanted to pursue this band/music as a full-time career?
Dave: Since I met these guys!

S&S: How long have you guys known each other for?
Kenneth: I’ve known Dave about four years now, and Cole and Eric about two years.
Cole: I’ve known Dave like six years, and I’ve known Eric about seven years or something like that. Dave sent us texts asking us to be in the band.
Dave: I think I left you guys a voicemail.
Eric: I still have it.
Kenneth: I wasn’t really into music; it kind of just happened. I never really thought I would be a singer or a keyboard player or anything. I just kind of picked it up and started doing it, and it snowballed really fast. Now, it’s like I’m really obsessed with music, and I do not want to do anything else with my life.

S&S: What inspires your band to write songs?
Kenneth: Love and heartbreak.
Dave: And weird killer videos, weird shit, anything.
Kenneth: What I will do is [write] in my notepad – if I hear a phrase or see something, I’ll just write it down and just start piling it up.
Eric: When I write for The Cuckoos, I’ll try to keep everyone’s styles in mind. Like I wrote a song recently where there’s kind of an open-ended section. I didn’t write anything in particular for it. It’s more improvisational because I know Dave and Cole can do all sorts of stuff there, so I’ll try to keep the way we actually play live into mind – that way everything will mesh very well.
Kenneth: Yeah, we’re extremely excited about that song. That’s like the first song we really collaborated [on]. Eric wrote the music, I wrote the lyrics, and we’re all writing our parts and stuff like that.
Eric: Yeah, because most of our music has been mostly Kenneth.
Kenneth: I’ll usually come up with a skeleton of a song and then just bring it to the guys. I’m not the kind of person that’s like, you need to play this on the guitar” or you need to do this bass line. It’s like this is what I got, let’s jam on it and whatever’s best we’re going to go with that. I feel like everyone definitely brings a lot to the table.
Dave: We play whatever the hell we want.
Kenneth: Yeah, this band is like a vessel for whatever we want to convey musically.

S&S: What’s your favorite part about performing?
Dave: Just being up on stage with these guys. There’s nothing better in the world.
Cole: When the music takes over you and you’re not controlling the music – the music is controlling you. That’s my favorite part.
Eric: Just playing in the moment.
Dave: I’ve never met anyone with as much passion as these guys, so it just makes playing with them amazing.
Kenneth: It’s also very satisfying when you just blow someone’s mind in the show, and you can tell you really touched them with your music. It’s like yes, I did it!

S&S: What advice can you give to others that want to form their own bands?
Kenneth: Don’t try to sound like anybody else and if you do sound like someone else, don’t worry about it. Just do what you want. Just find what’s you and start expressing it, and it will evolve over time. I feel like we got really into the late 60’s music scene when we first started the group, and that was very apparent. Now, we’ve just been trying to evolve from that and just becoming our own. Don’t let anybody tell you that’s right or wrong.
Eric: Also, work really hard!
Dave: Practice, practice, practice.
Cole: Keep an open mind.

Interview and photos by Jamary Bobe: 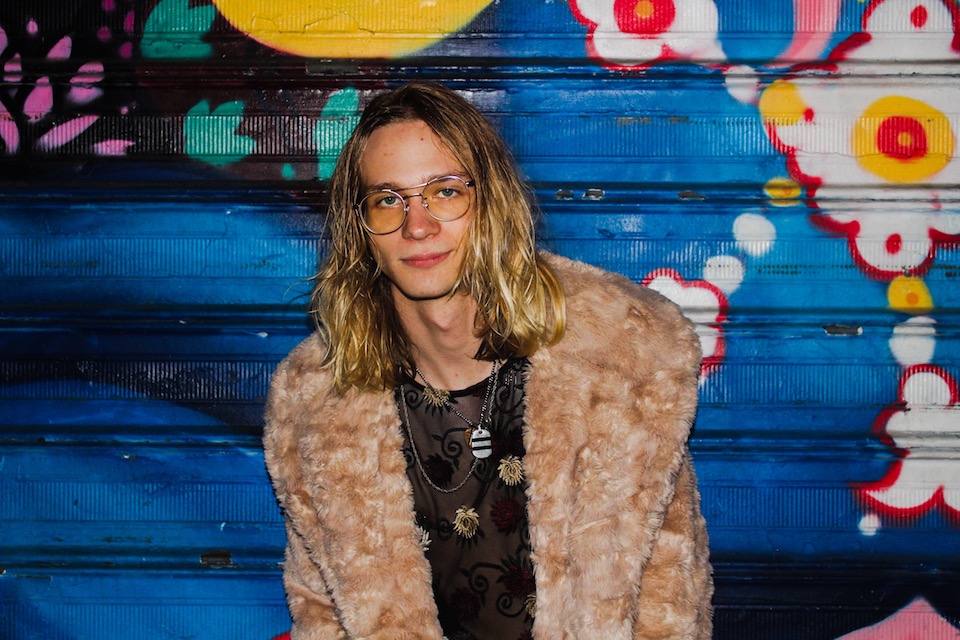 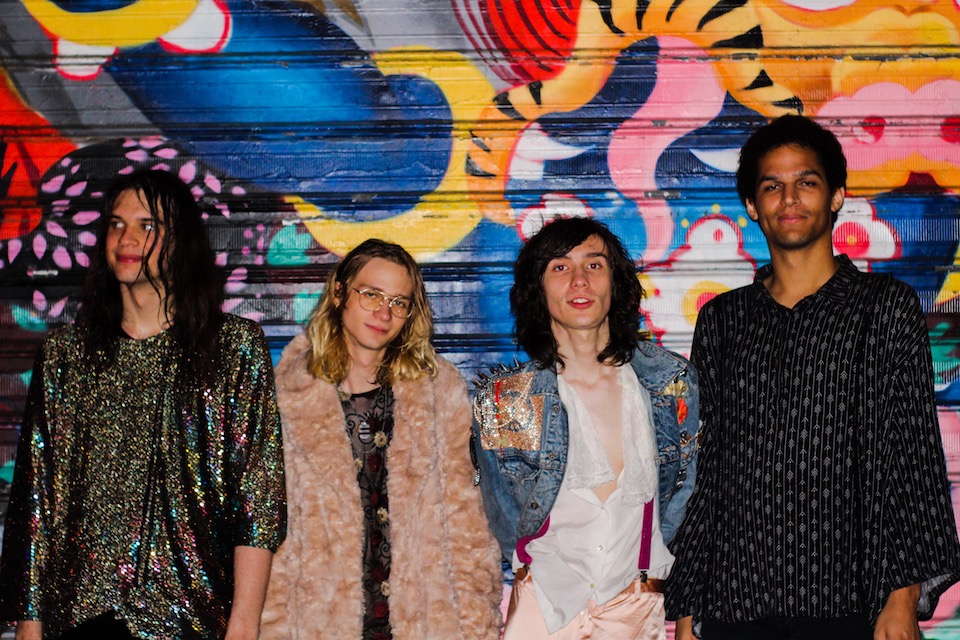 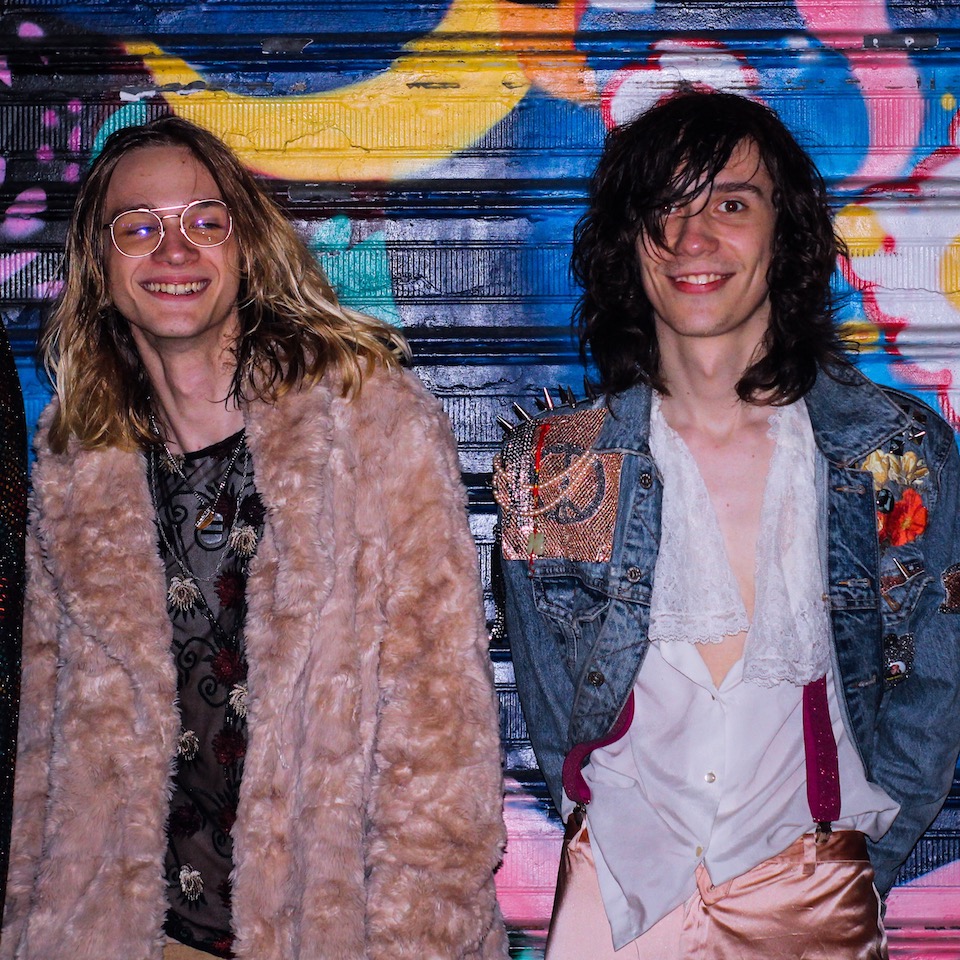 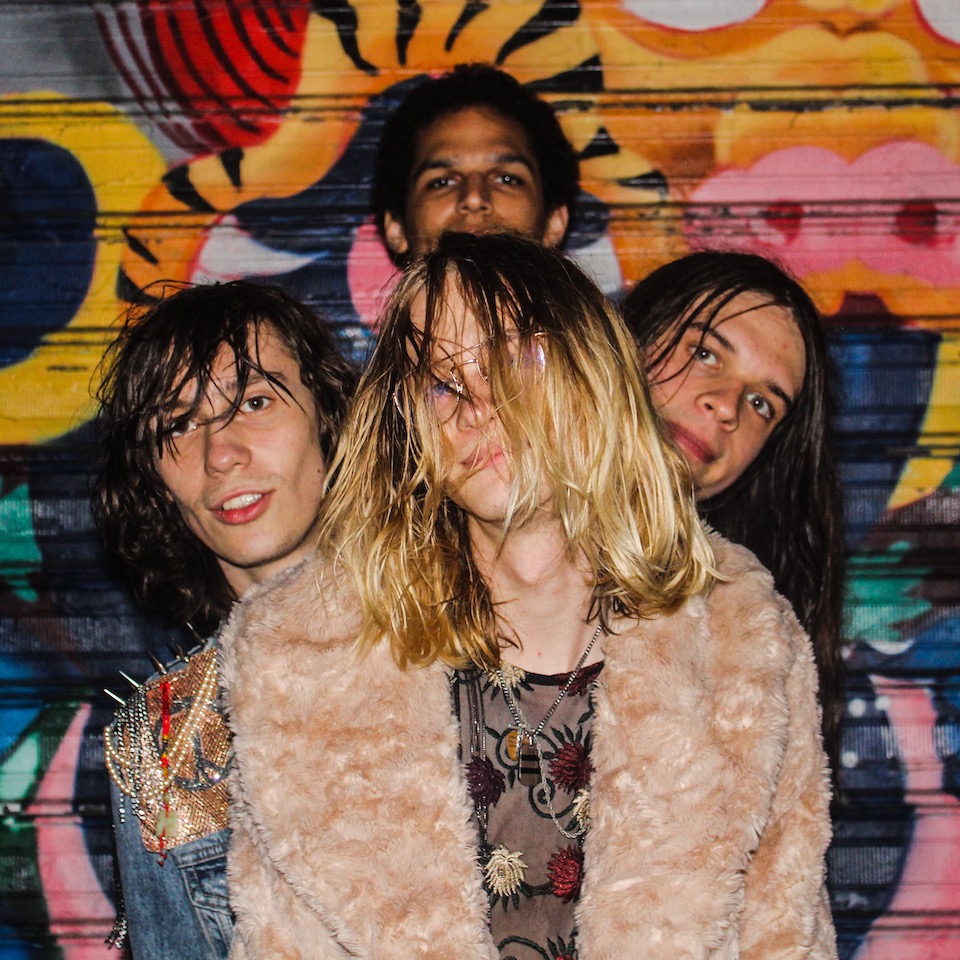 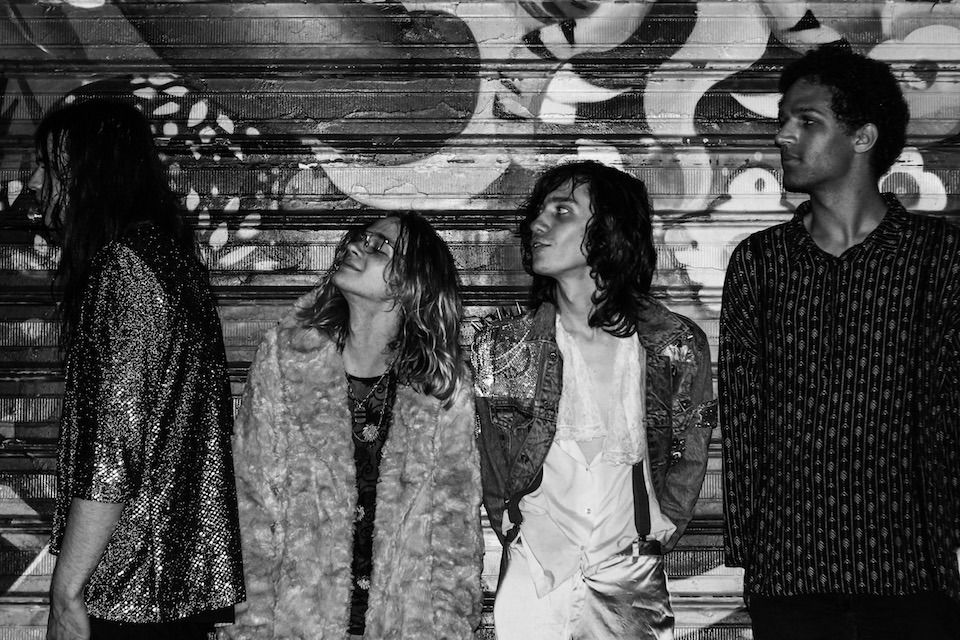 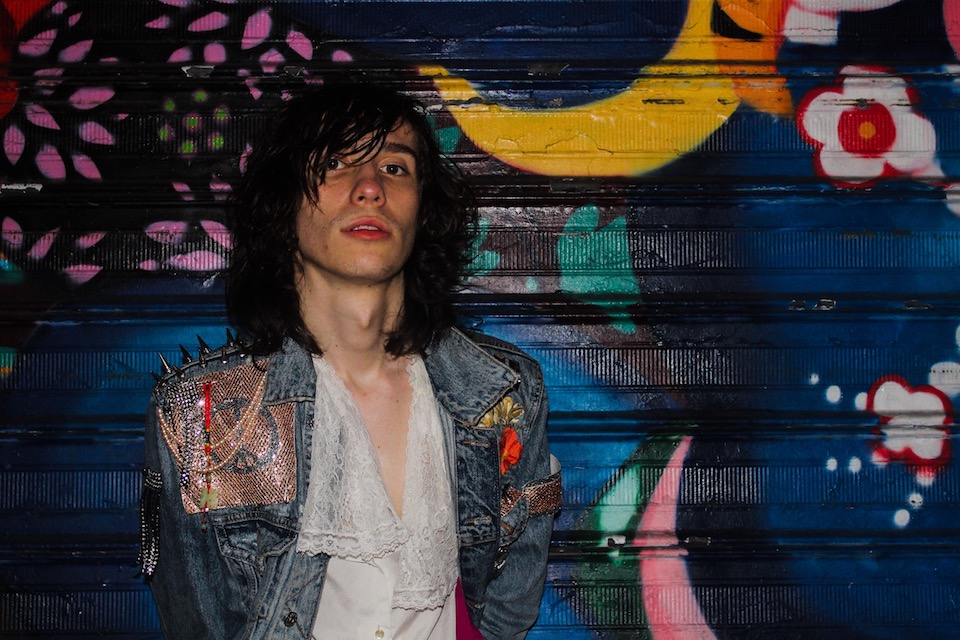 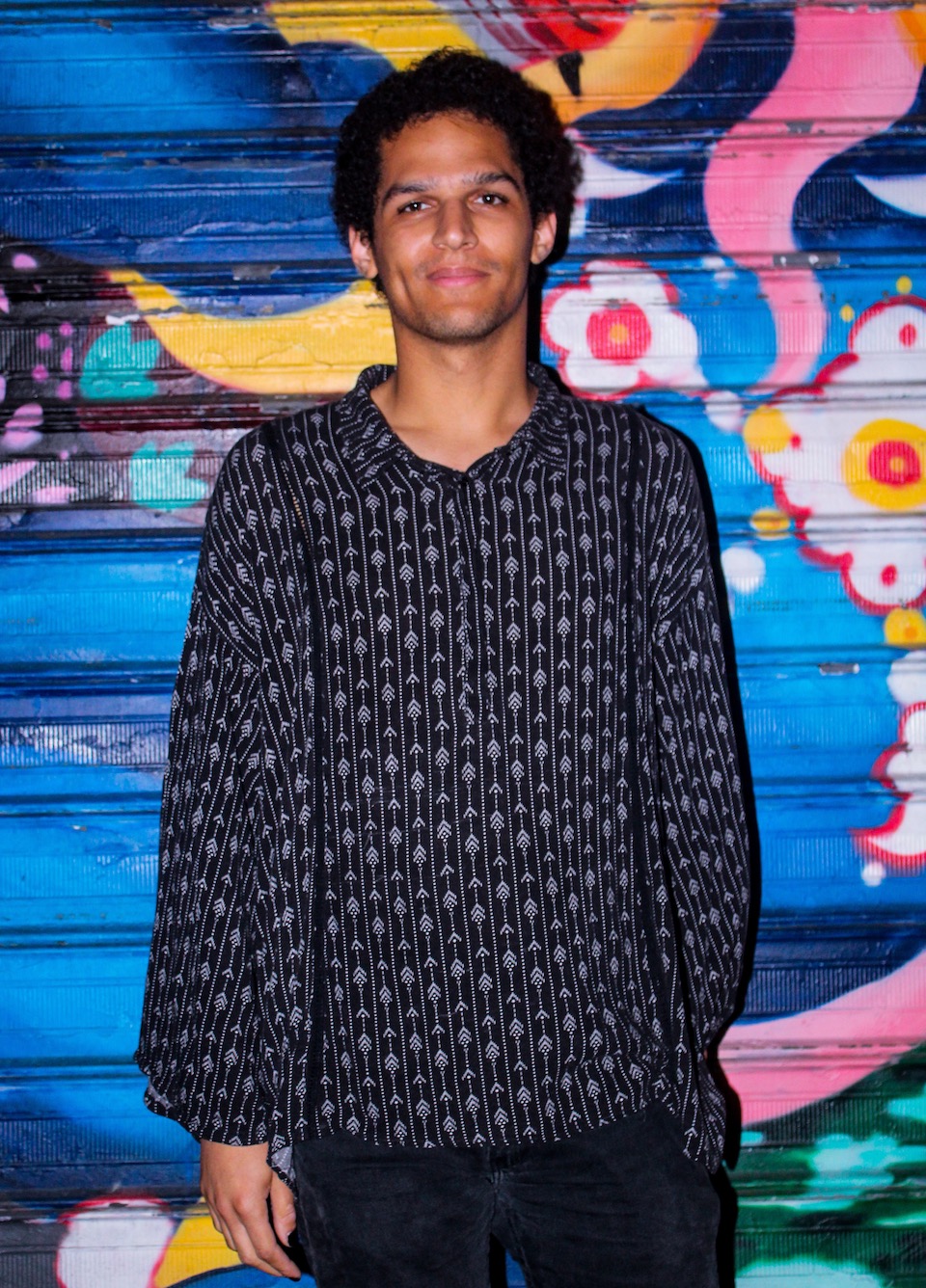 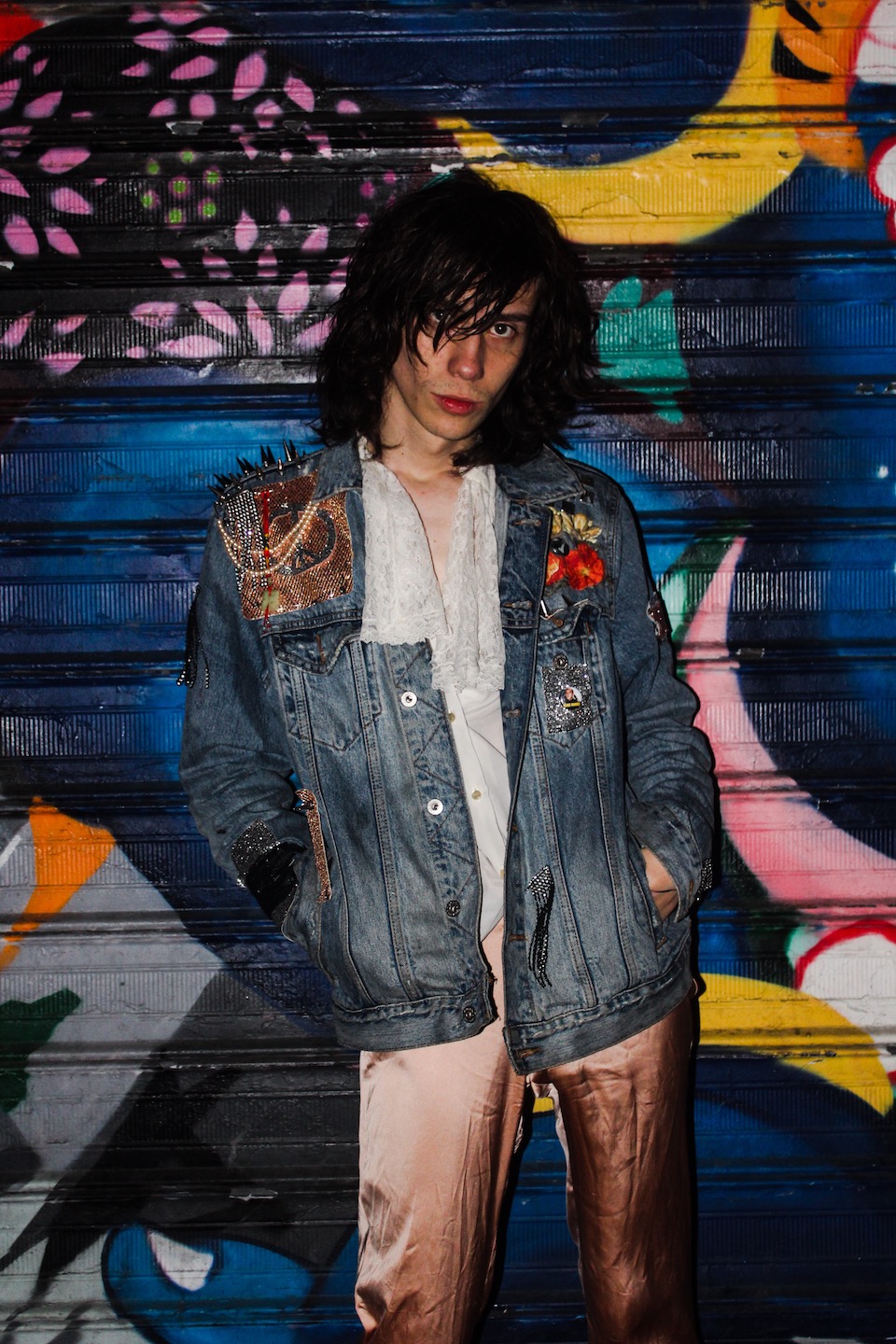 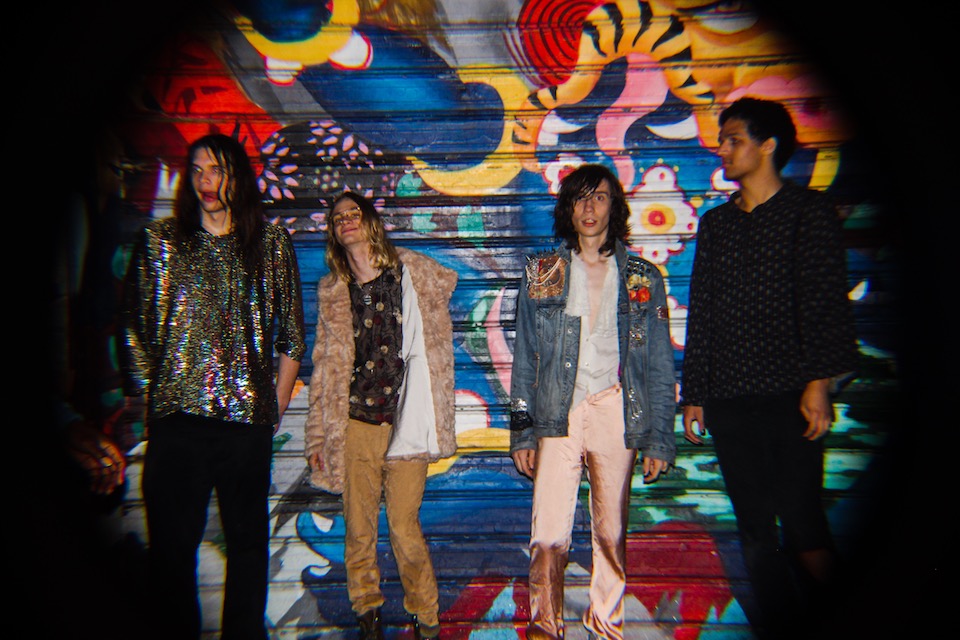 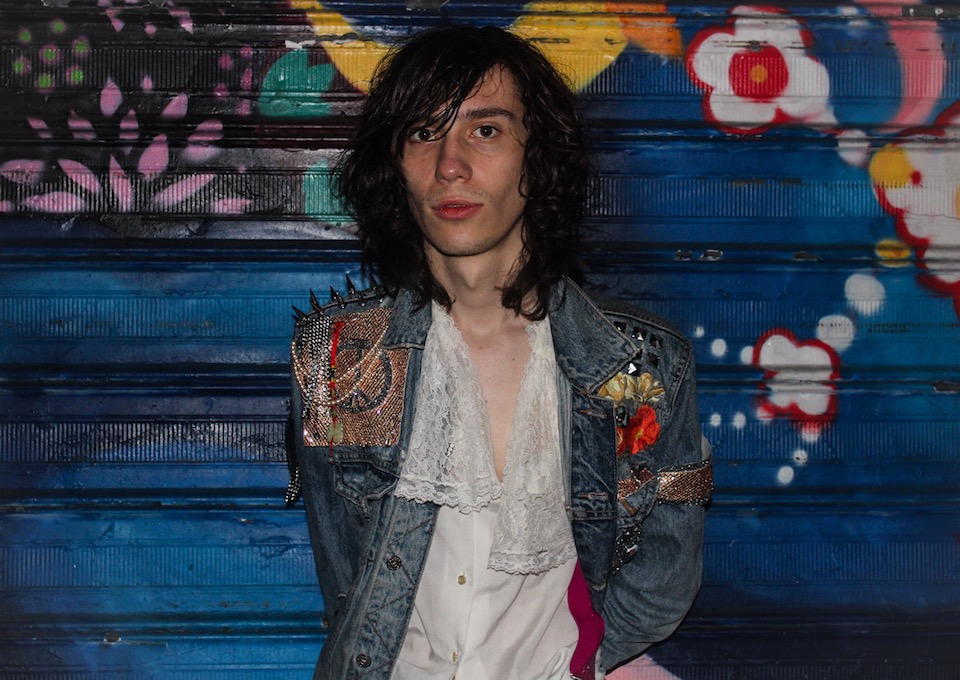 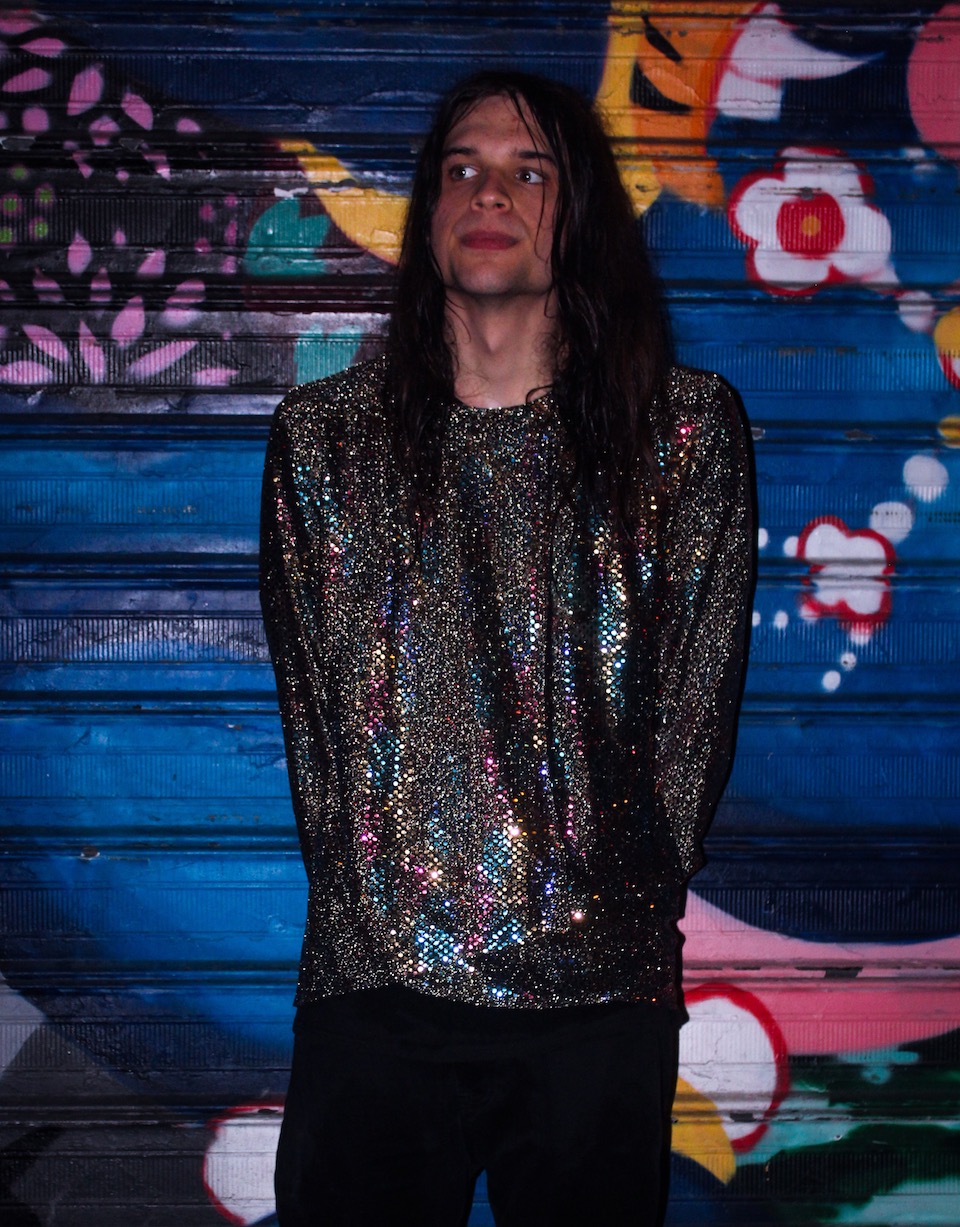 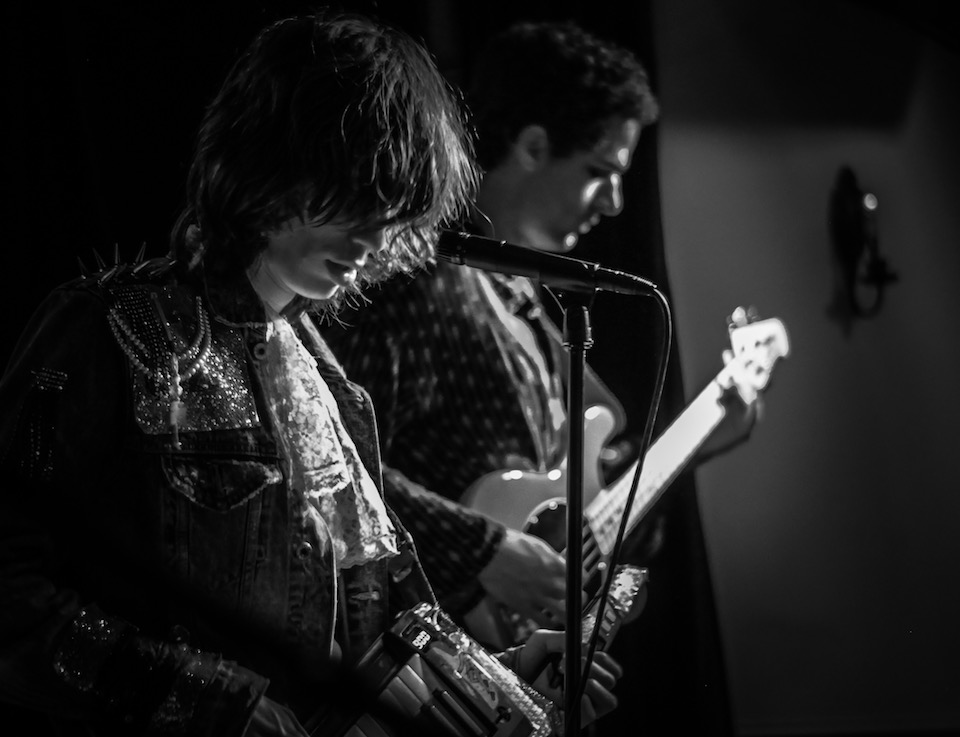 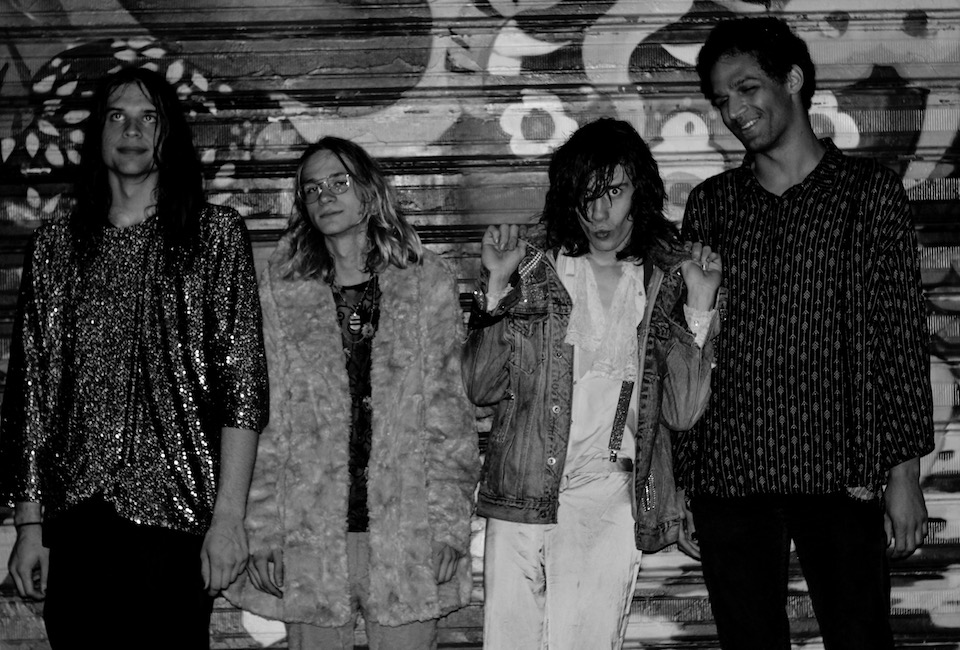 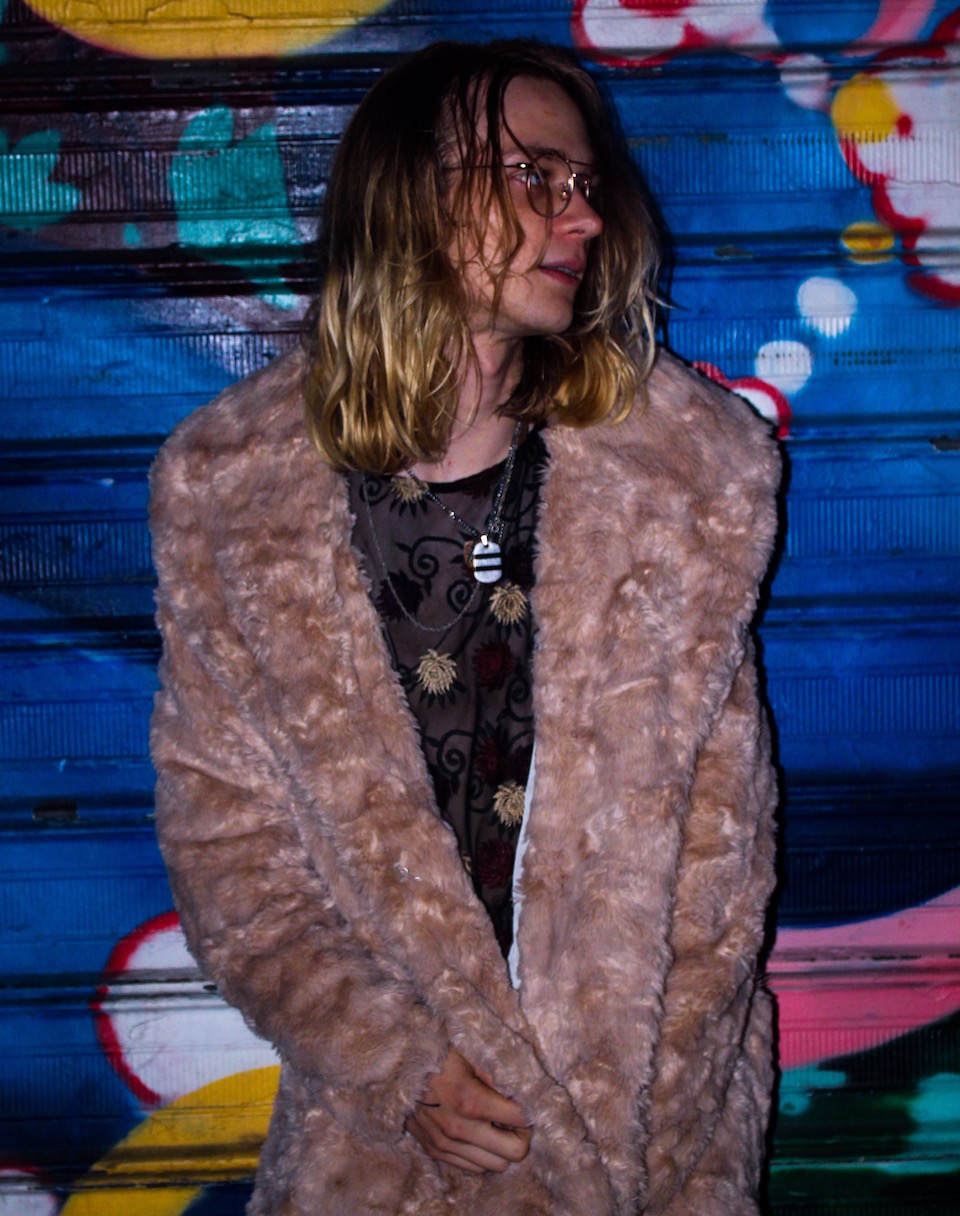