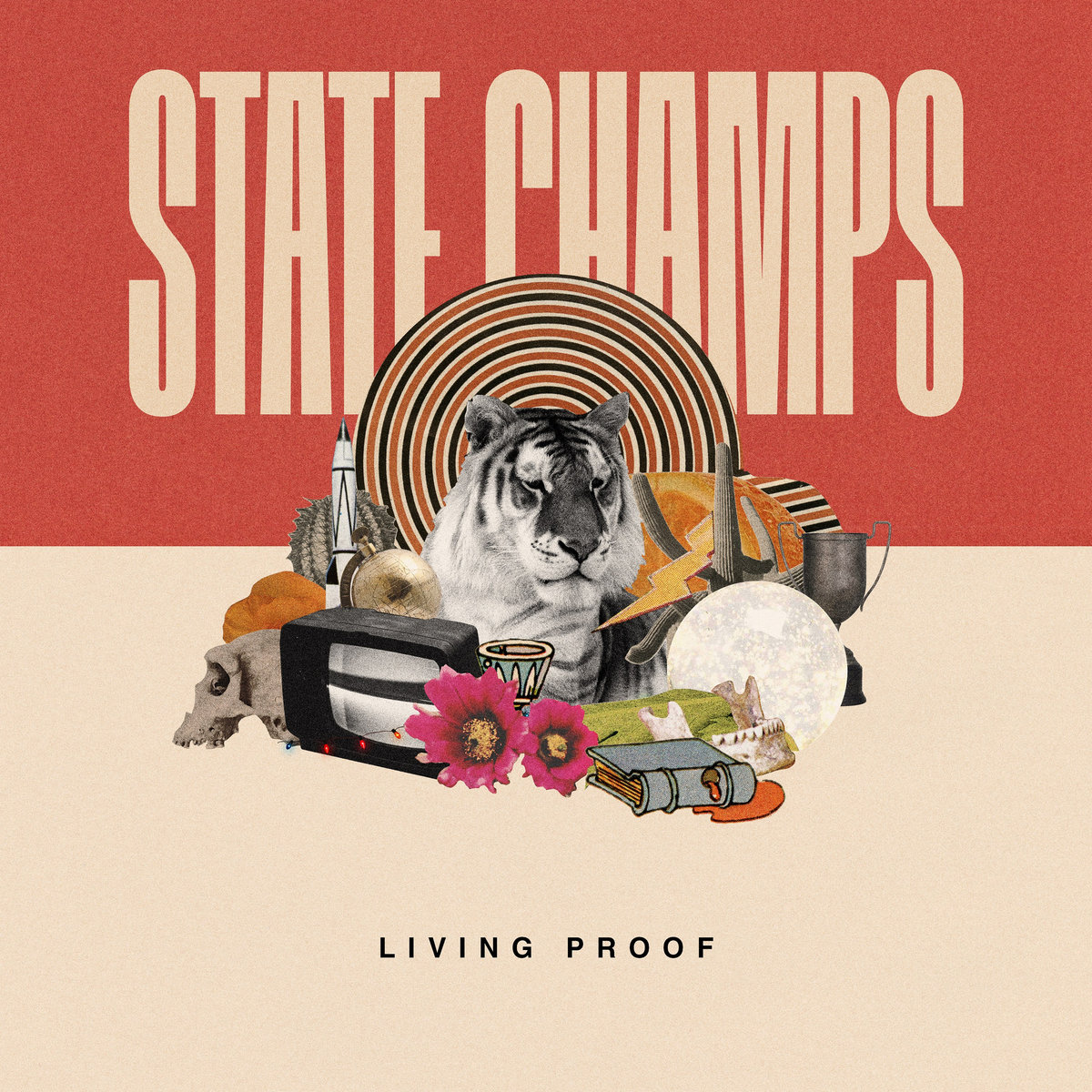 In February, I traveled as a band’s photographer/videographer to record with Seth Henderson at Always Be Genius Recording Studio in Crown Point, Indiana. Seth wasn’t the only producer for the band’s EP; we were also joined by Derek DiScanio of State Champs. One day when we were heading out for lunch, Derek offered to show us some songs from SC’s upcoming record. Like children in a candy store, the five of us grinned ear to ear as we hopped in our minivan. What we experienced is hard to describe. I was overcome by many emotions. The tracks were raw and different – not typical pop-punk songs about eating pizza and leaving your stupid town. We listened to five songs, and I knew this record would be special. It has been a long five months since then waiting for the release. On June 15, State Champs completed the hat trick when they released their third full-length album titled Living Proof. Hoping to capitalize on the momentum of Around The World and Back, Derek and friends changed gears from the traditional pop-punk sound.

The opening track of the record titled “Criminal” begins with a vocal demonstration of Derek’s prowess in front of a mic. The opening seconds build with a light guitar riff and soft-spoken words ultimately culminating in a signature tone from Derek shouting. “It’s Criminal!” The rest of the band comes in, and it’s clear that we have a better State Champs band than we did at the end of 2015.

As the album continues, one will notice the dynamic change in guitar riffs. from “Frozen” to “Crystal Ball,” Tyler and Tony have progressed at their respective crafts, as has Evan in his approach to percussion on this album. One thing to note is the change in producers. As SC have far exceeded expectations with their prior two albums, they made changes to keep them relevant. This is most evident with the addition of John Feldmann and Mark Hoppus. “Dead and Gone” shows some signature accents of Feldmann’s work with the intro vocals “Oh-ohh-oh.” While some may look at this in a negative way, it’s important to note the path adopted by similar bands in the same scene.

While most tracks on this record are upbeat headbangers, the album does take some time to slow down in “Our Time to Go” and “Time Machine.” These two tracks take time to show the hard parts of being a full-time rock star. It’s easy to look at the bright lights, the stage, and the large crowds of people coming to see a performance, but what you don’t see are the lost relationships of back home – the disconnect with people you never thought you would lose.

Overall, Living Proof has received mixed criticism among my local music community. It may not be enjoyed by traditional pop-punkers. However, this album creates so many expressions of emotion. From “Let’s party” to “I hate you” and everything in between. Be sure to catch State Champs on the final cross country run of the Vans Warped Tour beginning this week.