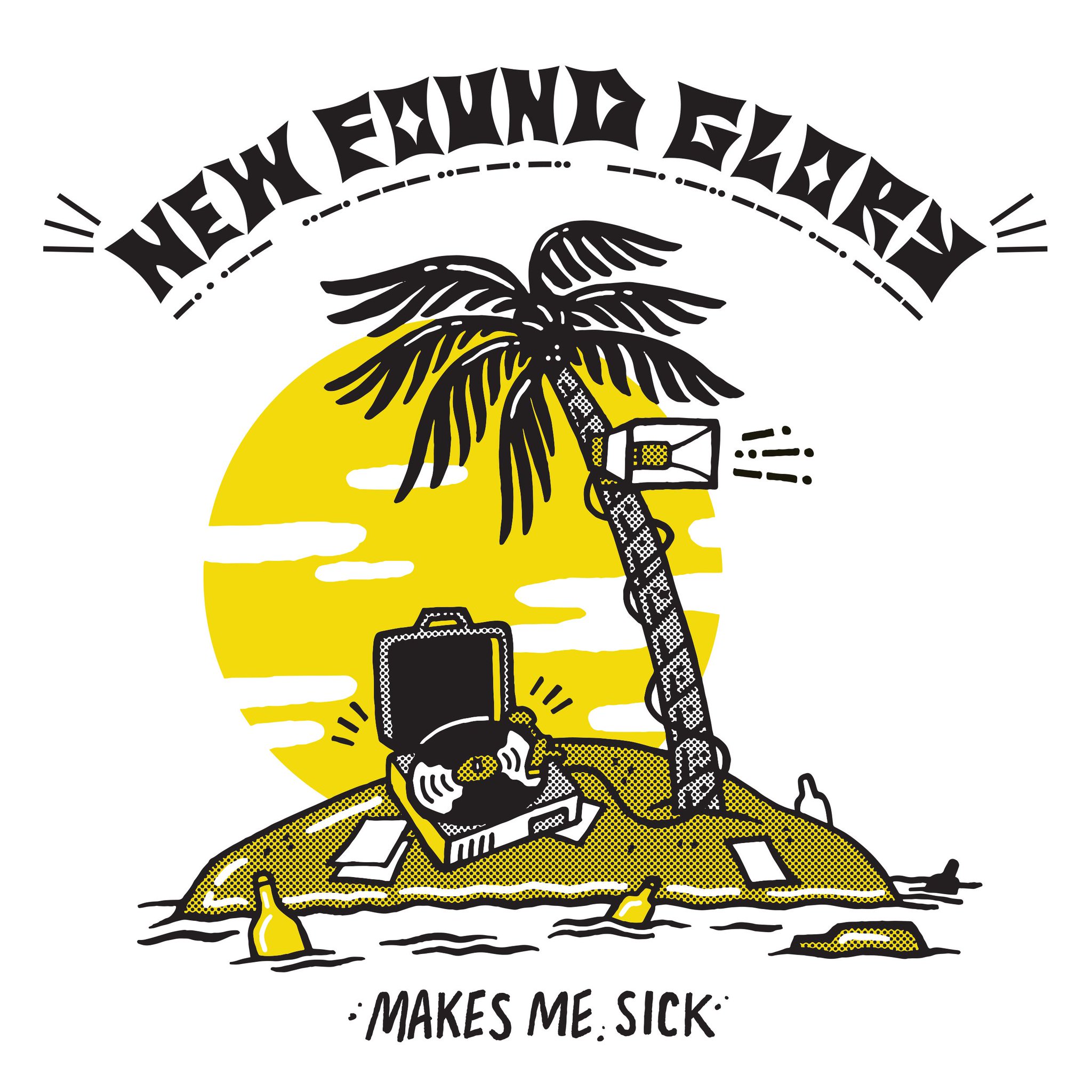 I was 13, and it was an abnormally hot summer in the small Northern Canadian town I grew up in. I was watching Much Music, the Canadian equivalent of MTV. Pop punk was the who’s who of mainstream music, with the likes of Blink-182, Sum 41, Simple Plan, and Good Charlotte ruling the proverbial Music on Demand charts. It seemed there was no room for anyone else. Suddenly to my delight, a group of young, energetic guys from Coral Springs, Florida appeared on my television. It was the music video for “My Friends Over You” by New Found Glory. From that moment on, I was a fan. Fast-forward 14 years, and I’ve purchased all of their albums, attended four concerts, as well as personally met Chad and Jordan. And I can tell you they are some of the greatest humans on this planet.

Following the success of Resurrection, New Found Glory bring us Makes Me Sick, 10 exhilarating tracks beginning with “Your Jokes Aren’t Funny.” The intro starts with a few chords ringing out before diving into a song about a girl who most likely broke Jordan’s heart when he was singing for Inner City Kids back in the early 1990’s (pure speculation). This song sets the precedent for the rest of the album as we are taken on another unmistakeable pop punk adventure.

I will be the first to admit that I’m more of a fan of NFG’s harder-hitting songs from previous albums such as “Understatement,” “At Least I’m Known for Something,” “Truth of My Youth,” and “Selfless.” Makes Me Sick is not an album that makes me want to jump around in a mosh pit. Before true fans get ready to lynch me, I want to express my gratitude for this album. Being 28 years old, I’ve begun to see bands I grew up with call it a career. With our friends in Yellowcard recently concluding their final album and world tour, I’m reminded of the mortality a band holds. The good news is New Found Glory show no signs of calling it quits.

Although it would be impossible to top albums such as Sticks and Stones or Catalyst, New Found Glory still manage to create an allure that all pop punkers can love and appreciate. It is extremely difficult to create a fresh sound yet remain familiar to the core audience that brought you to your current life as a band. By completing their ninth studio album, New Found Glory have cemented their place in pop punk history as a cornerstone of the genre. Songs like “Party on Apocalypse,” “Call Me Anti-Social,” and “Happy Being Miserable” may not top billboard charts, but NFG fans will smile as they hear Jordan’s familiar voice. If they are like me, they cannot wait to sing along to something new at a New Found Glory concert.