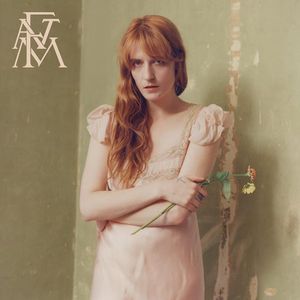 When discussing Florence Welch’s discography under the moniker Florence + The Machine, it seems almost strange to use the word machine at all. Machines are artificial, routine and sometimes detached, which are adjectives far from describing Welch’s cathartic and organic musical expressions. Her latest outing High As Hope could very well be her most candid outpouring of songs yet. For much of its duration, it’s just Welch and her sparse yet moody ballads which allow her to channel anger, sorrow, and vulnerability. Past albums have emphasized the release of such emotions with songs like “Shake It Out” and “Dog Days Are Over.” High as Hope instead chooses to linger and marinate in its emotional headspace making for a more visceral and raw recording. Of course this being a Florence + The Machine album, there’s still the trademark moments of pop bombast to be found. Opener “June” starts off understated before evolving into something grand and haunting, and “Hunger” showcases Welch’s songwriting scope as she takes an instance of body confusion and relates it to a societal need for fulfillment.

There are many personal touches to both the arrangements and songwriting here as Welch mines her own past in “South London Forever,” a nostalgic and soulful number which serves as a tribute to her own hometown. Track “Big God” mixes religious imagery over introspective lyricism backed by moody jazz stylings. In terms of thematic concerns, Welch’s lyrics and vocal performances are some of her most complex and layered while operating on a more intimate scale. Stand-out “Grace” may be one of her most simple yet devastating songs benefiting from its minimalism. “Patricia” is a piece of brooding pop that has callbacks to vintage Florence singles and somehow manages to evolve into one of the more upbeat selections on the album. The exploration of overcoming one’s personal struggles is what ultimately gives High as Hope its resonance. In its closer, “No Choir,” a bittersweet yet exciting recording. we finally see Welch obtain the peace she’s been working toward for 10 songs. The dog days may not be over, but Welch isn’t going down without a fight.