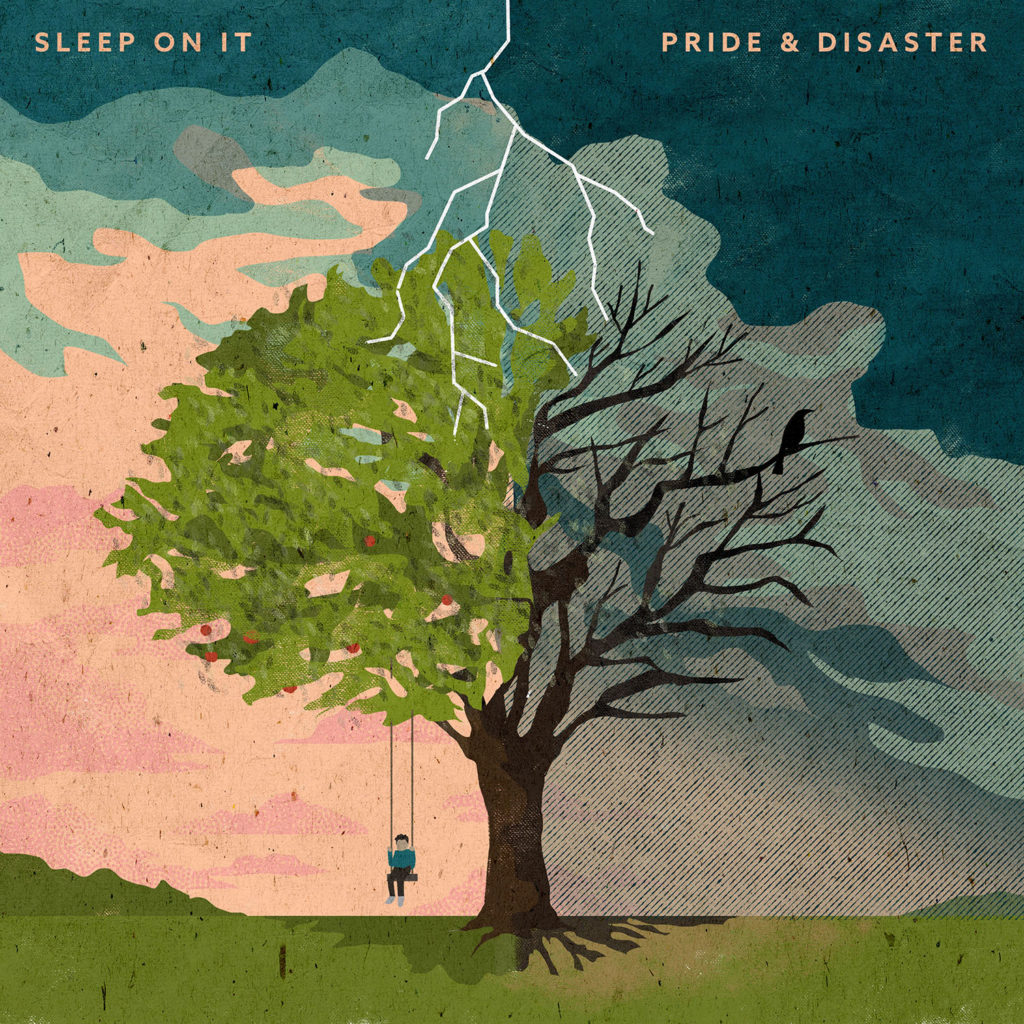 At the beginning of this year, there was talk among music fans that the pop-punk scene would somehow be brought back to life, simply because the word “scene” rhymed with “2019.” Depending on the kind of music you love, you might not have thought the scene ever really disappeared, but everyone thought it was fun to joke about anyway.

The funny thing is it’s 2019, and Green Day, Fall Out Boy, and Weezer are about to tour the world together. It’s 2019, and Panic! at the Disco are now one of the biggest bands on the planet. It’s 2019, and Chicago-based band Sleep On It’s latest single “After Tonight” is on an official Spotify playlist titled, “Pop Punk’s Not Dead.” The best part about all of this is that none of it is a joke – and with Sleep On It as the latest band on the rise, the scene is absolutely thriving.

If there’s an album that’s been stealing the hearts of pop-punk fans as of late, it’s Sleep On It’s Pride & Disaster. With soaring vocals by the band’s lead vocalist Zech Pluister – and brave, bold, demanding music from lead guitarist TJ Horansky, rhythm guitarist Jake Marqui, and drummer Luka Fischman – the group’s second studio album sheds light on both the good and bad that life has to offer while being unafraid to shatter expectations and speak the truth. And if Sleep On It’s fans who have been spreading their music around on the internet like it’s their day jobs didn’t prove its importance enough, Pride & Disaster has been steadily rising on the charts every week since its release just last month.

The first track on the album, “Racing Towards a Red Light,” doesn’t hesitate to immediately pull listeners into a journey that might sound rough and wild at the start but later reveals that it’s filled with hope. Pluister sings, “All of my heart’s wrapped up / In the hurricane / That’s raging in my head / But every day / I’ll be pushing back / And trying to clear a path / Forcing my hand / Against all the little things that / I turn into mountains in front of me.” It’s not even a minute into the album when you realize that Sleep On It have truth in lyricism and bravery in sound at the tips of their fingers. “Racing Towards a Red Light” is an honest and vulnerable song, yet no matter how dark the story might be, the song ends on the line, “There’s a long road in front of me,” revealing that the journey isn’t over… The journey is Pride & Disaster.

The group’s latest singles, “After Tonight” and “Under the Moment,” show off the band’s brilliance in both punk and rock musicality through big guitars and hard drums without losing their honesty or audience’s attention in all the loudness. “After Tonight” is a light-hearted anthem with pure joy, featuring the band running around Chicago completing a list of dares, which highlights the fun in creating good times for yourself – the visual representation of the very thing that the entire album seems to call for.

While Pride & Disaster is a celebration of life and love, songs like “Fix The Dark,” which explores the complications of moving on and letting go, are the ones that pull you back in and call you to remember the important things you tend to forget in dark times. The recurring theme of “home” and that people – not location – are what make our homes real is another moving truth that’s evident on the album.

“Lost & Found,” the last of the 10 tracks, reminds listeners that in the middle of disaster, not all has to be lost and that sometimes, “All you can do is to / Lean on the ones who have loved through and through / And that home is the place that your heart pulls you back to.” With an album as radiant as this one, Zech, TJ, Jake, and Luka are quickly becoming the people that scene fans, both new and old, are starting to lean on.

Pop punk is not dead. Pride & Disaster is keeping it alive, and Sleep On It is the fire that continues to fuel the flame.

Sleep On It is currently on their North American tour for Pride & Disaster. You can get your tickets to see them live here!