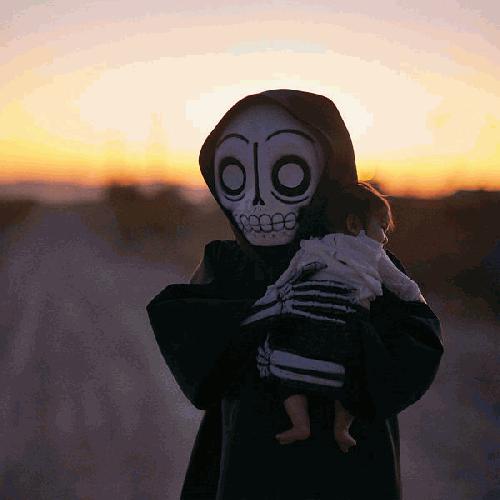 Senses Fail are a band who’ve been consistently prolific over the years, releasing material throughout their long career and the many line-up changes they’ve experienced.

The New Jersey five-piece recently put out their seventh full-length studio album, If There Is Light, It Will Find You, and welcomed in their brand new drummer, Steve Carey, in February. This was following the departure of their previous touring drummer Chris Hornbrook who was not the same drummer who played drums on this record (that was Dan Trapp) – yes, it’s all extremely complicated! The two guitarists and bassist are all fairly new too, having joined the lineup in 2016 and 2013 respectively, with lead vocalist and chief songwriter Buddy Nielson being the only original member from their formation back in 2002.

Despite the changes, this still very much feels like a Senses Fail record and a return to their roots in many ways. If There Is Light, It Will Find You is a superb triumph of an album, and an extremely satisfying listen for long-term fans of the band – although it’s certainly not always an easy listen lyrically, dealing with some pretty dark themes and issues.

“I used to wonder why people put bullets in their brains, now it seems like the only way to stop this pain,” Nielson wails in “First Breath, Last Breath.” He definitely has a flair for the dramatic and a way with words, but this is a genuine, heartfelt, and emotional tale of personal loss and coping with the death of a loved one, drawn from the real-life experience of almost losing his wife during the birth of their child. Death, loss, heartache, and depression are recurring themes that keep popping up throughout the record, most notably on “Ancient Gods” – a beautiful pop-punk style love song with an infectious chorus, and “You Get So Alone At Times It Just Makes Sense” where Nielson informs us “I used to wanna kill myself, I used to wanna die.” It’s a mercilessly self-aware track (“I’m a singer in a fucking band, and I’m still neurotic as shit”) that doesn’t shy away from soul-bearing and exposing fears and doubts.

Title track “If There Is Light, It Will Find You” is probably the slowest but most epic song on the album and a fitting end to the record, with a haunting guitar lick that stays with you. “We’ve got to love ourselves, that’s how we respect our dead,” Nielson screams as the track builds into a passionately delivered, gut-wrenching climax. It’s a moving song and a highlight of the album.

But this release is not all doom and gloom. Wonderfully produced by Beau Burchell, guitarist with fellow post-hardcore stalwarts Saosin, there’s definitely lots of self-hatred, self-analysis, and pain-ridden emo lyrics. But there’s also a quiet determination of triumphing over your own insecurities, soaring over layers of thick, warm distorted guitars and a thumping rhythm section. “That anxious boy has been buried,” Nielson sings on “Stay What You Are.” The pounding drums, tight beats and slick licks of opener “Double Cross” provide a reminiscent and proud autobiographical look at his past, when “music was the only thing that you had” but maintaining that “this still is the only thing that is worth my breath.”

There’s a sense of staying strong in adversity and fighting through, especially with the defiant passion of “New Jersey Makes, The World Takes” – “I’m not giving up today” – mixed with the cynical criticism of commercialism, capitalism and the general state of the world we’re living in featured in millennial anthem “Gold Jacket, Green Jacket…”

“Go buy shit you don’t need,” Nielson taunts. “…you’ve gotta defend yourself from anyone who doesn’t think the same.” It’s a topic that’s been played out by punk bands for years, but the sad fact is it’s still relevant, and it’s well handled here with attitude and confidence.

There’s something fresh and exciting about the energetic nostalgia of these songs, and although there are definitely moments on the album when you could have slipped back in time to the early 2000s, it still doesn’t feel dated or cheesy. It’s a healthy mix of powerful stadium alt-rock, catchy pop-punk, aggressive post-hardcore, and screamo angst with a punch. Littered with screams and plenty of heavy goodness to get you pumped and jumping up and down, Senses Fail have delivered a real gem of an album.